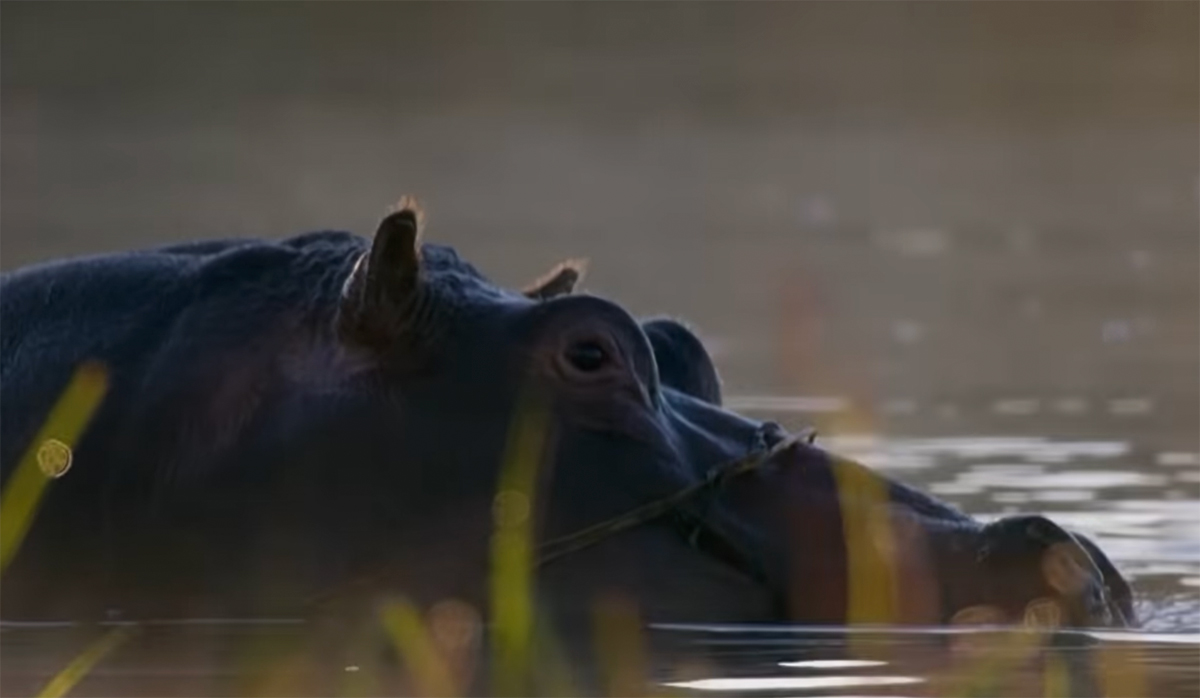 A two-year-old boy survived a hippopotamus attack in Uganda after being partially swallowed!

According to a spokesperson for the Uganda Police Force this week, the incident went down on December 4 when the child, identified by authorities as Iga Paul, was playing near his house in the town of Katwe-Kabatoro and a hippo suddenly grabbed him and “swallowed half of his body.” OMG!!!! Thankfully, a bystander – identified by police as Chrispas Bagonza – had been nearby and threw stones at the animal to get it to spit the toddler out of its mouth. The police said:

“It took the bravery of a one Chrispas Bagonza, who was nearby, to save the victim after he stoned the hippo and scared it, causing it to release the victim from its mouth.”

The child was rushed to a clinic to treat injuries on his hand and was later moved to Bwera Hospital for further care. He reportedly received a vaccine for rabies. Per the Uganda Police Force, Iga was discharged from the hospital and released to his parents after making a full recovery. Wow… This kid got very, very lucky!

According to the police spokesperson, the young boy lived about 800 meters away from Lake Edward, where the Wildlife Conservation Society says about 6,000 hippos still live at this time. Nevertheless, the Uganda Police Force noted this had been “the first such kind of incident where a hippo strayed out of the Lake Edward and attacked a young child.”

Per the African Wildlife Foundation, the hippopotamus is the third largest mammal following elephants and white rhinos. They weigh between 1.4 to 5 tons, have strong jaws that can open as wide as 150 degrees, and have massive incisors. With those details in mind, National Geographic reports that they’re one of the most dangerous animals in the world. And just to give you an idea, the outlet shared that hippos can break a canoe in half, all thanks to their powerful jaws! DAMN! Furthermore, the African Wildlife Foundation reported that the animals tend to leave the water at night in order to graze on grass, eating up to 88 pounds for four to five hours.

While law enforcement insisted the hippo returned to the water, they asked residents to “remain vigilant” if any animals end up in their area:

“Although the hippo was scared back into the lake, all residents near animal sanctuaries and habitats, should know that wild animals are very dangerous. Instinctually, wild animals see humans as a threat and any interaction can cause them to act strangely or aggressively. We want to remind all residents of Katwe-Kabatooro Town Council, which is located within Queen Elizabeth National Park, to remain vigilant and always alert UWA rangers, about animals that have strayed into their neighbourhoods.”

What a scary incident! We’re just glad that the little boy is safe and OK following the attack! Reactions, Perezcious readers? Let us know in the comments below!