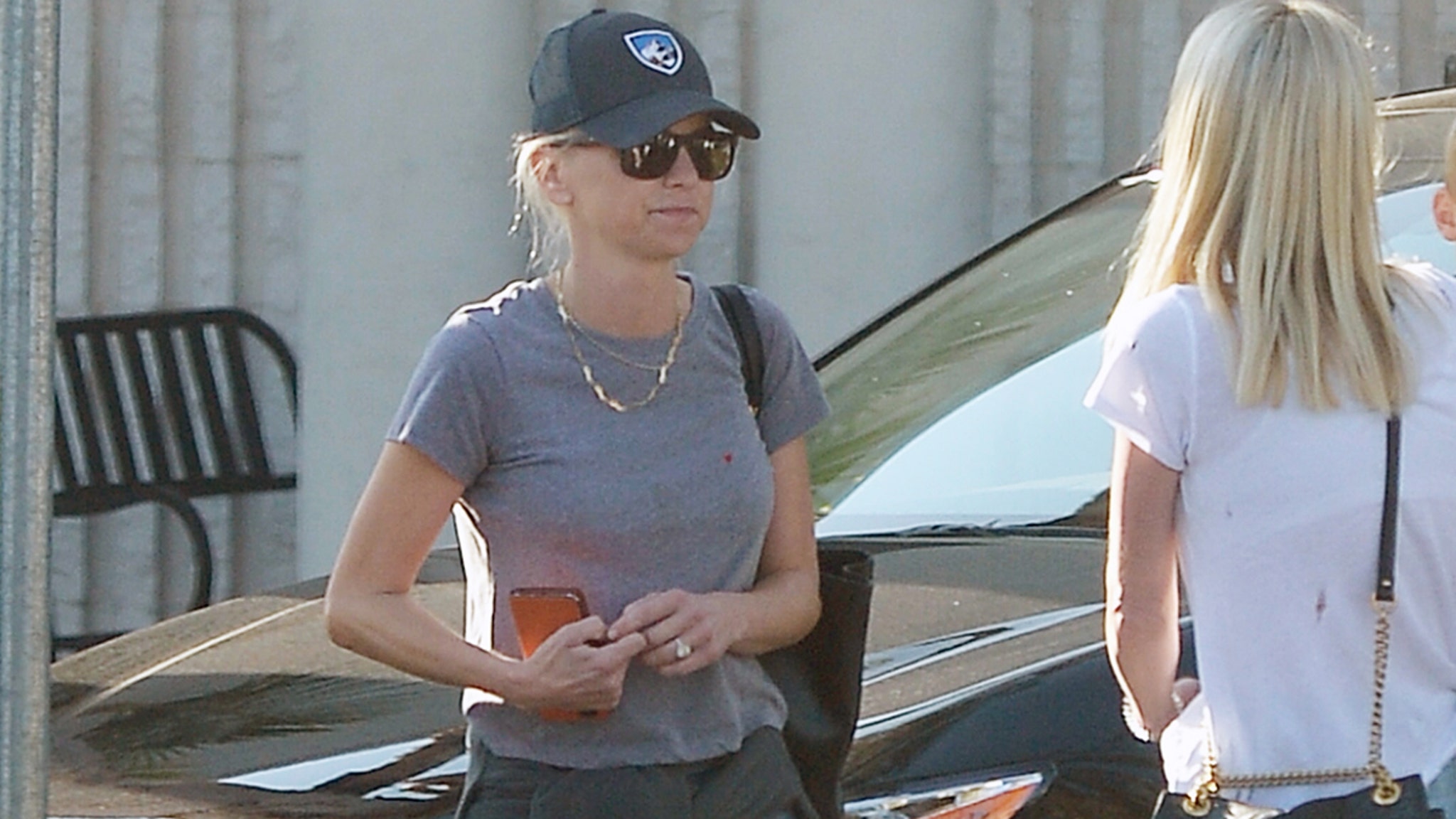 Anna Faris is all geared up for another walk down the aisle — based on the rock weighing down her left hand.

The actress was out and about Sunday in L.A. with a gigantic diamond ring. She’s not really the ring-wearing type of gal — we’ve checked a bunch of older pics — so the fact she rocking a ring on her left ring finger seems to be a strong sign she’s now engaged ring to her BF, cinematographer Michael Barrett.

And, it’s not like Anna’s hand was iced up for some kind of special event — she had stepped out in a baseball cap, grey t-shirt, jeans and UGGs. So, super casual in every way … except for that diamond.

The timing’s interesting. Less than 8 months ago, Anna jumped on Laura Wasser‘s podcast, “Divorce Sucks!” and seemed non-committal about getting married again.

At the time, Anna said her reasoning for not getting married a third time had a lot to do with her strong feelings against the institution of marriage itself. She didn’t definitively say no to tying the knot again, but she was leaning towards no dice.

As we reported … Anna and Michael started dating a little over 2 years ago. Things quickly progressed … and before long, Anna and Michael were going on double-dates with Anna’s ex, Chris Pratt and his wife, Katherine Schwarzenegger.