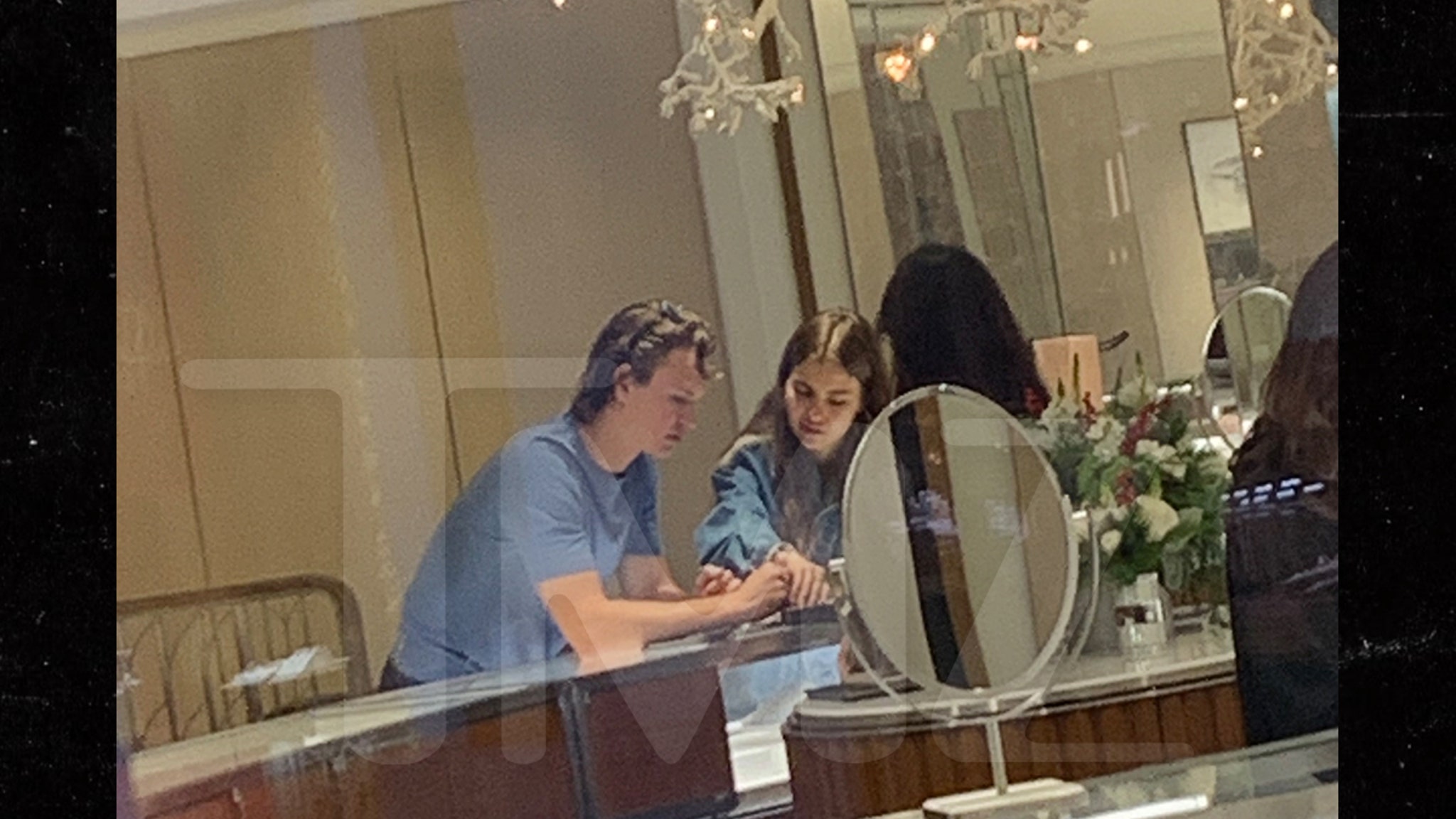 Ansel Elgort and his girlfriend raised eyebrows this weekend in a high-end jewelry store, where they seemed to be shopping for bling in an area couples often go before saying ‘I do.’

The actor was spotted browsing through a display case Saturday at Tiffany & Co. in Bev Hills — and we got a shot of him and his GF of damn near 8 years, Violetta Komyshan, looking at something she was trying on … on a floor where we’re told engagement rings are sold.

Ansel and Violetta were on the second floor of the 3-floor shop — and Tiffany & Co. tells us that’s where they peddle their diamond rocks at this location. Unclear what piece of jewelry captured their gaze, but they were definitely being helped by an employee.

In fact, an eyewitness tells us Violetta was actually checking various pieces — again, though, no word on what specifically. That said, rings are certainly available in the showroom.

From the looks of the photo, it’s a bit hard to tell if the couple is staring down at Violetta’s finger or wrist, or if Ansel himself is holding something between his fingers. But, IF they were actually peeping possible engagement rings, the timing would make sense.

Ansel and Violetta appear to have just touched down after a romantic holiday getaway in the Dominican Republic, where the PDA between them two was on full display. They were staying at an expensive private villa, which rents for $15k a night. They stayed a full week.

Not only that, but Ansel and Violetta have been together since 2012 … and look to be very much in love. What better to ring in the New Year than with … well, a ring?

We’ve reached out to Ansel’s reps for comment … so far, no word back.