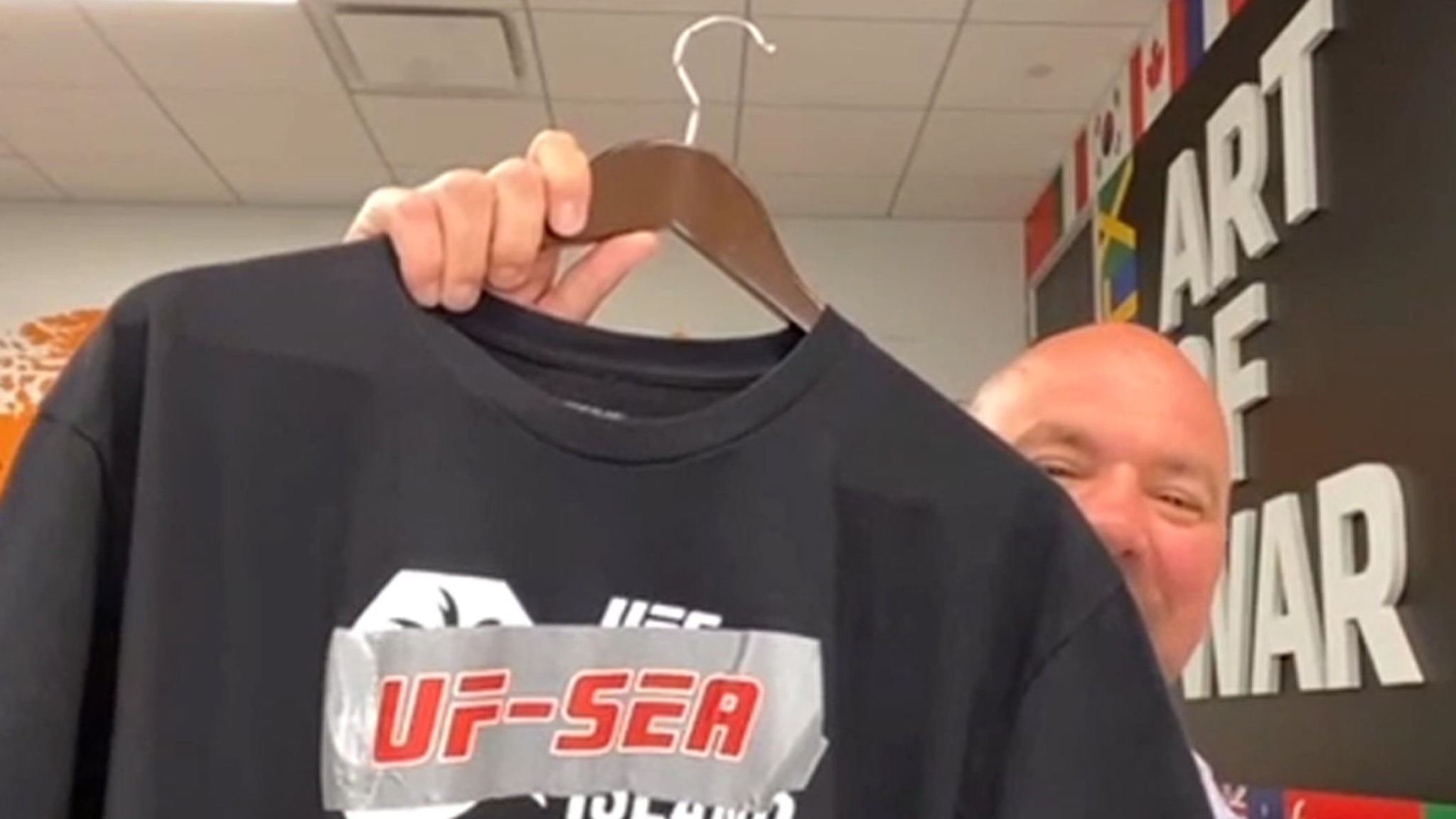 An awesome new twist in the Dana White vs. John Oliver feud — Dana is now selling UF-SEA t-shirts as John suggested … with all of the proceeds going to one of John’s favorite charities.

Over the past few months, the ‘Last Week Tonight’ host has been clowning White over the name, Fight Island — saying White would have been better off calling it UF-Sea.

“He was making fun of Fight Island,” White says … “Basically saying ‘This idiot is gonna build an island where people could fight during COVID-19.'”

White — who says he’s actually a John Oliver fan — tells us he wants to use the attention to do something positive for people in need.

“I did some research on John Oliver,” White says … “One of his big charities is the Bob Woodruff Foundation.”

FYI, the Bob Woodruff Foundation was established “to raise money to assist injured service members, veterans and their families.”

“So that’s one of [John’s] big charities, so all the money from the UF-Sea- shirts are gonna go to one of John Oliver’s charities.”