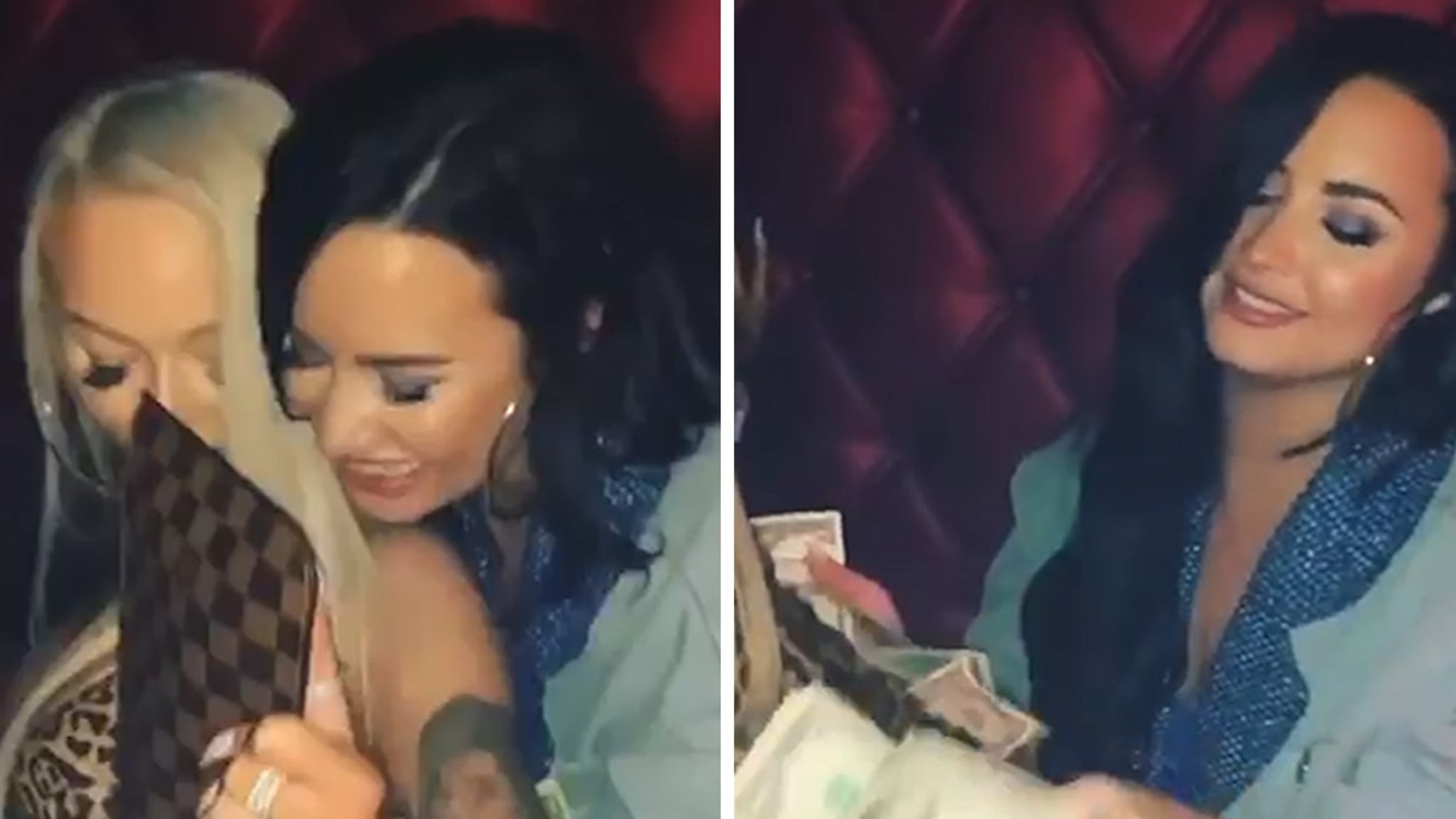 Here’s Demi Lovato slapping dollar bills on dancers inside a Miami club after the Super Bowl … and even though she’s hanging with Julian Edelman, we’re told they are NOT dating.

Our sources tell us … Julian is boo’d up, but not with Demi. We’re told the NFL stud is dating a smokin’ hot model who is close with Demi, and during Super Bowl LIV Jules and his girl went over to Demi’s private box to say hello, setting the stage for this wild rager.

Sources say the trio ended up going clubbing with Eiza Gonzalez after the Chiefs beat the 49ers … and they all partied at E11VEN night club from midnight until 6 AM.

Demi actually posted the video on her Instagram … but for some reason, she quickly deleted the post. We’re told she had a full security detail around her table, and she was having a great time with the dancers.

Plenty of reasons for Demi to live it up on South Beach … remember, she was fresh off singing the National Anthem at the big game, fulfilling her own 10-year prophecy.

And, Julian is a party animal … just ask the folks in Bev Hills.

For those scoring at home, we’ve shot down two Demi dating rumors this week … Machine Gun Kelly and now Edelman.