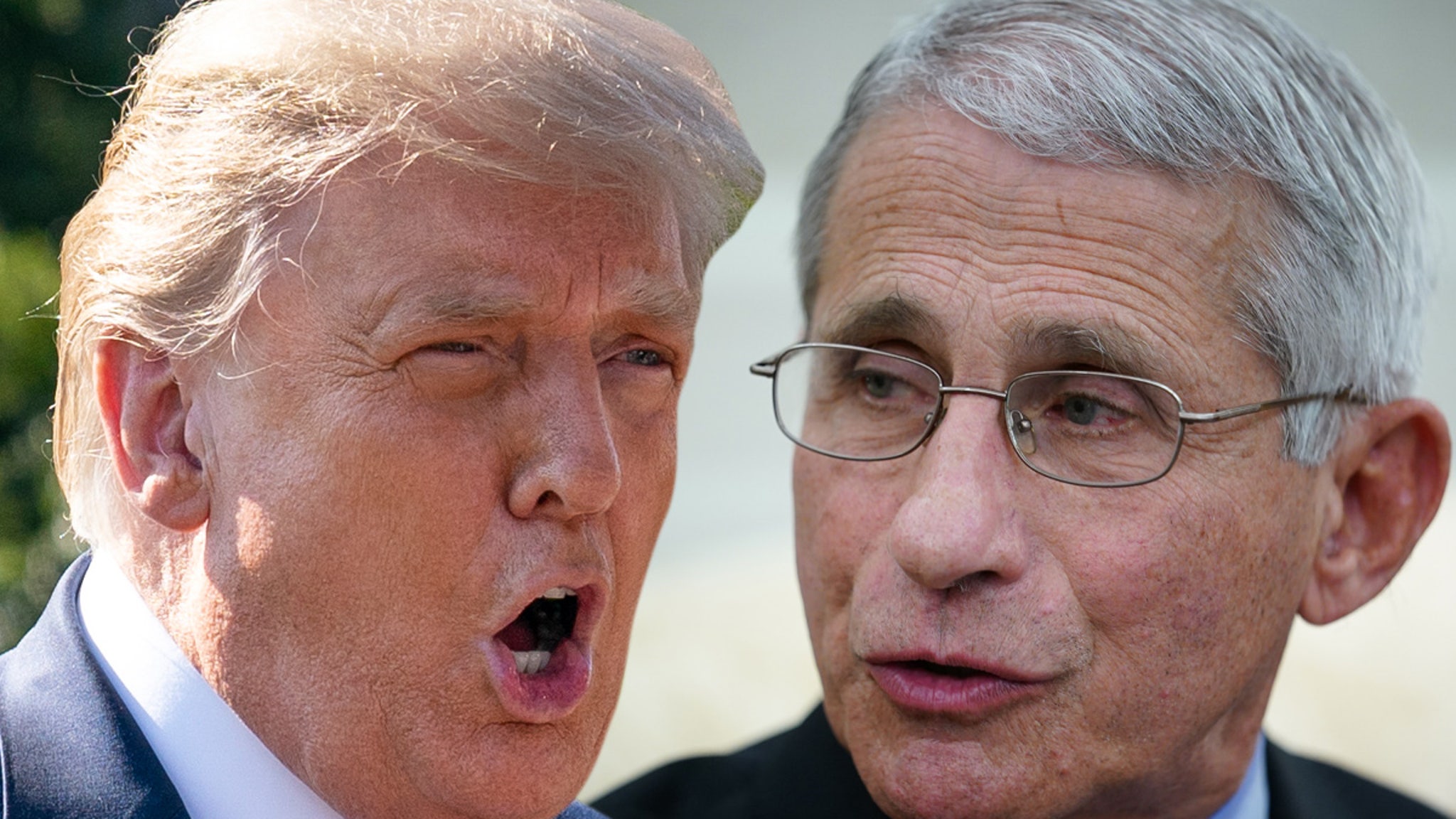 Donald Trump may be playing with fire, because he’s now on the attack against America’s sacred cow, if you will … Dr. Anthony Fauci.

Trump just tweeted, “Actually, Tony’s pitching arm is far more accurate than his prognostications. ‘No problem, no masks’  WHO no longer likes Lockdowns — just came out against it. Trump was right. We saved 2,000,000 USA lives!!!”

Thing is … as we learned about COVID, Dr. Fauci led the way. Trump did the opposite — when it became clear masks were, in fact, extremely useful, he undermined it by making it seem it was a sign of weakness. Ditto social distancing. He was even a terrible COVID patient, putting people at risk by leaving the hospital when he clearly shouldn’t, going back to The White House when he was COVID positive without a mask, and so on and so on.

What really got Trump’s goat … Fauci called out Trump’s campaign for releasing a campaign ad that false makes it seem the good Doc is praising Trump’s COVID response, when in fact he was talking about the Coronavirus Task Force and public health officials.  As for rumblings that Trump and Co. may release another Fauci fake endorsement, well Fauci made it clear … if they dare try it’s on.

In case you don’t know … Fauci’s been in the infectious disease game for decades.  He was a leader in the fight against AIDS and handled just about every infectious disease crisis we have faced, and without criticism … until Trump came along.