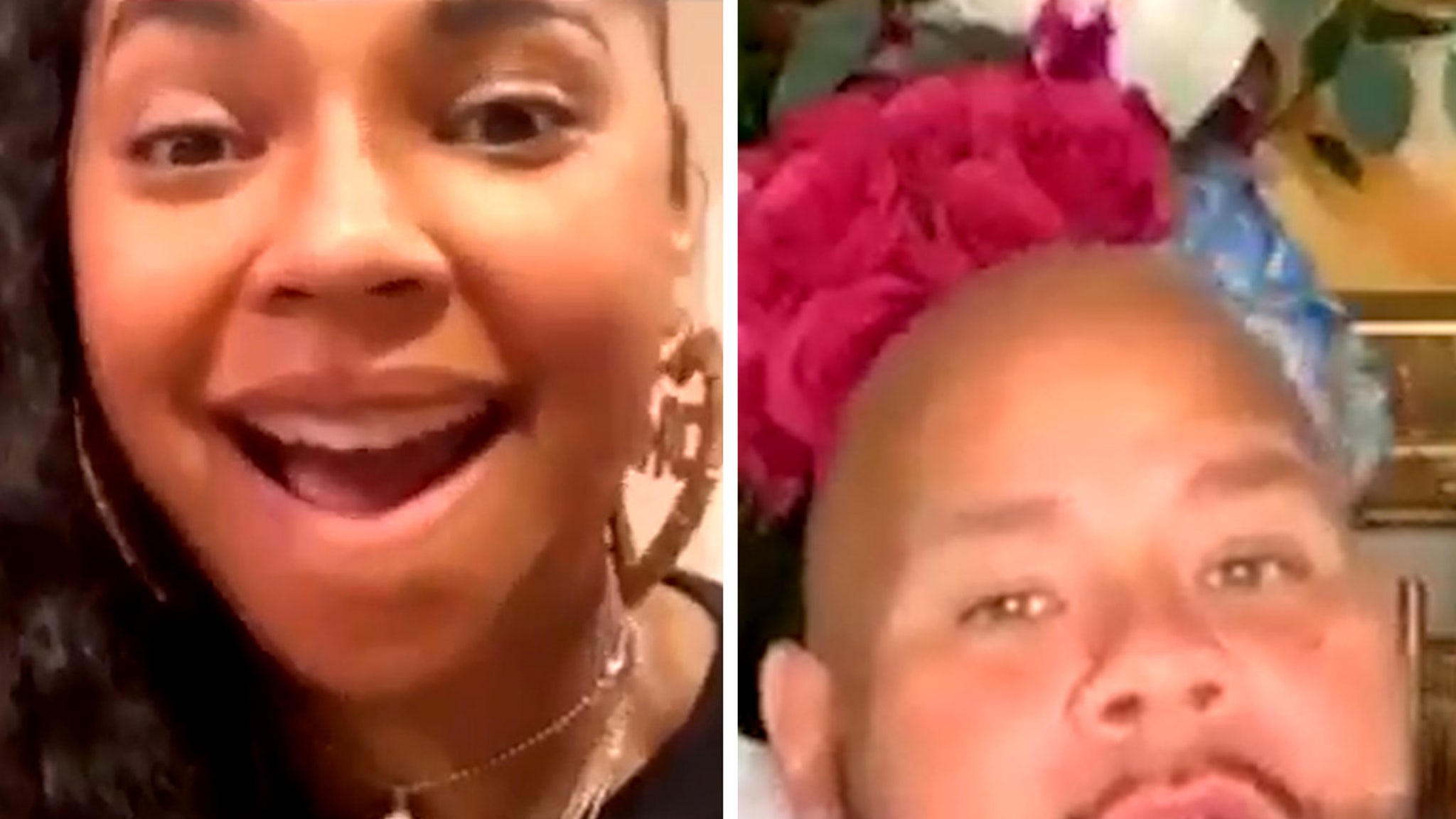 Fat Joe had an eye-opening story for Ashanti that almost saw one of her biggest hits go to Jennifer Lopez … at the would-be behest of Ja Rule and Irv Gotti.

Joe was talking to Ashanti on Instagram Live this week, and recounted an interesting tale about a time he says Ja and Irv called him up in the dead of night and told him to come to the studio. Once there, FJ says they showed him the remixed version of his song ‘What’s Luv?’ with Ashanti singing on it … but told him they wanted to get J. Lo on instead.

He goes on to say that Irv and Ja tried pitching him on a Latino angle with himself, Ja and J Lo on the final cut for representation. Joe’s Puerto Rican, Jen is too.

Luckily for Ashanti — who seems seriously stunned at the revelation — Joe lobbied to keep her on, ’cause he said she sounded amazing on it. Audiences clearly agreed in the end … Ashanti was kept on as the primary female singer in the remix, and the song went on to peak at No. 2 on the Hot 100 Billboard chart, and stayed on for nearly 20 weeks.

Ashanti had a quadruple chart reign on Billboard at that time:

That made her the 2nd artist after The Beatles to have their first 3 chart entries in the top 10 of the Hot 100 simultaneously. pic.twitter.com/84cjFVAX6V

As for Ashanti, she says she never knew this … and seemed a little pissed at either Ja or Irv (or possibly both) by saying, “He stayed pulling records or trying to pull records from me.” Joe tries calming her down by telling her not to go there, but too late … Ashanti did.

The duo went on to talk about a number of hits Ashanti had on the charts at the time, including one J Lo song she’s credited with helping write, ‘Ain’t It Funny’ … the Murder remix, anyway. People online are saying Ashanti doesn’t get her due for her pen prowess.

Ashanti tells Fat Joe that she is down to battle Keyshia Cole on IG live pic.twitter.com/vQoHkIoxz7

Of course, this convo ended up in a potential Verzus battle Ashanti could be involved in, but J Lo wouldn’t be her rival. Apparently, Keyshia Cole makes for a better match-up 🤷🏽‍♂️

Pride Month Will March On (Virtually) In The Face Of COVID-19
YNW Melly Associate YNW Bortlen Granted Release on Bond
The Spirit of the Beehive Share New Song “The Door Is Open”: Listen
Deadmau5 Collaborates With Pharrell Williams’ Side Project The Neptunes On New Single, “Pomegranate”
The Best Movies and TV Shows to Watch on Netflix in June