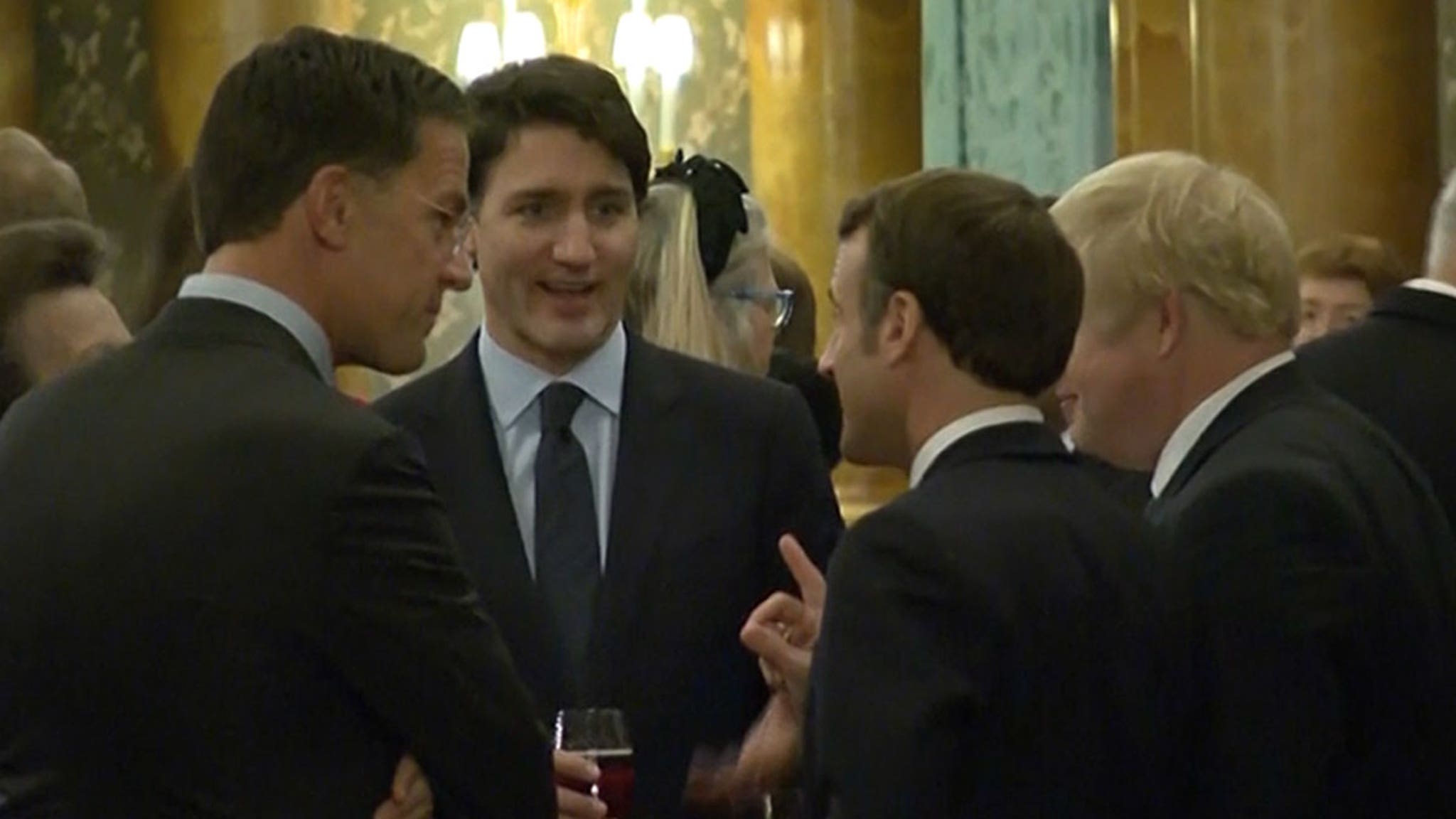 For President Trump, the gloves are off with Justin Trudeau after the Canadian Prime Minister was caught talking smack about Trump during a NATO Summit event.

The incriminating vid plays like a “Mean Girls” scene, but at Buckingham Palace instead of a school cafeteria. Trudeau, British PM Boris Johnson, French Prez Emmanuel Macron and others seemed to be chatting Tuesday night about Trump’s impromptu 40-minute news conference earlier in the day.

To be honest, it seemed more catty than chatty, and Trudeau went on to say Trump’s team’s “jaws dropped to the floor.”

Of course, once Trump got wind of that convo, he went in on Trudeau, calling him “two-faced.” He also floated the theory Canada’s PM was just being pissy because of a NATO funding dispute.

Trump says he called out Trudeau for not paying 2 percent of Canada gross domestic product into NATO’s defense spending.

He tried to play it cool, adding, “[Trudeau]’s a nice guy. I find him to be a very nice guy” — but ya know this beef is just heating up.