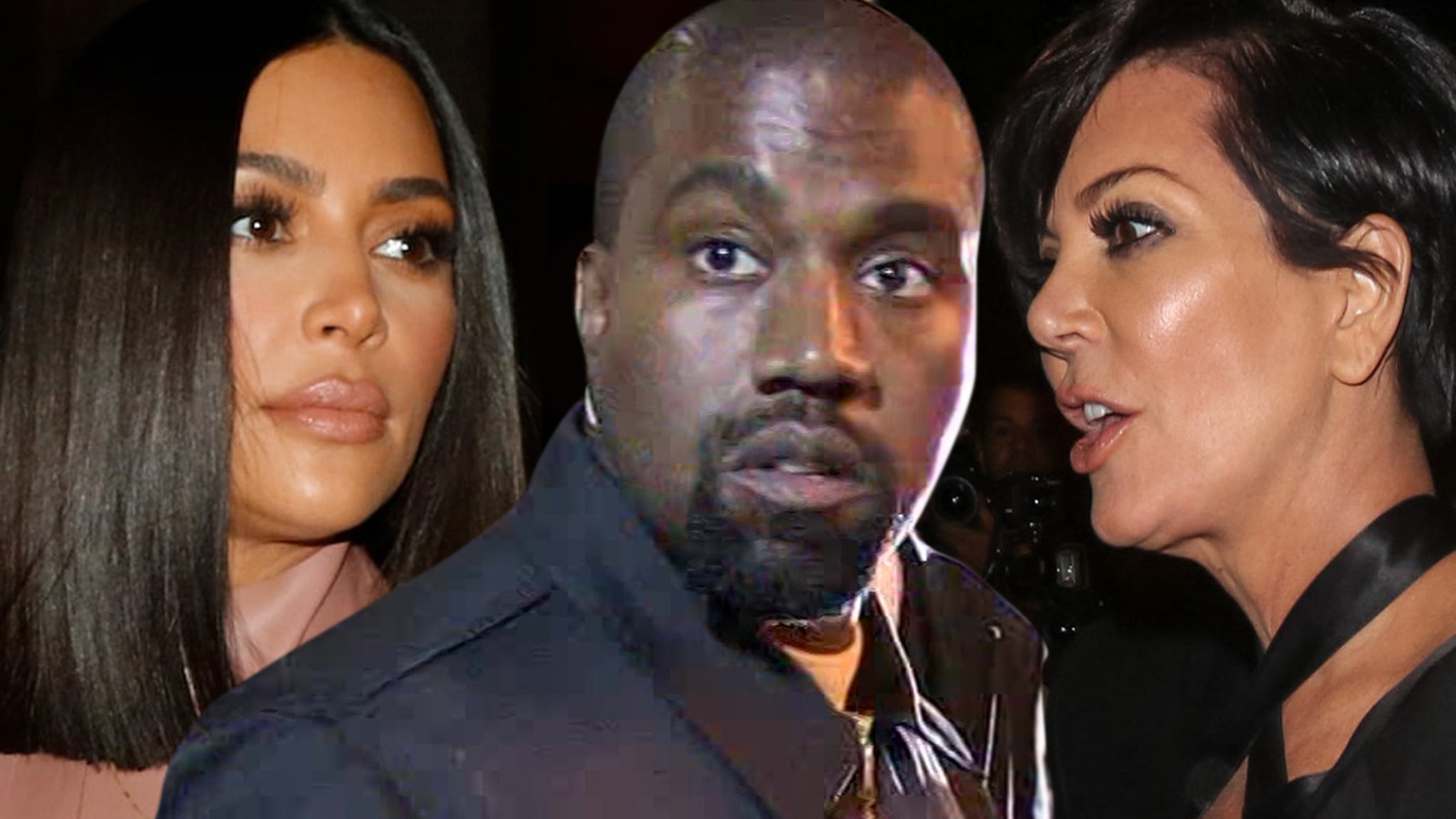 Kanye West continued his late-night, alarming rants … again targeting his wife, his mother-in-law and many, many others.

Kanye, who is holed up at his Wyoming ranch, attacked Kim and Kris again … he says for trying to get him placed on a 51/50 psychiatric hold.

Ye claimed, “I been trying to get divorced since Kim met with Meek at the Waldorf for ‘prison reform.'” He went on to say, “Meek is my man and was respectful … That’s my dog. Kim was out of line.”

Kim and Meek were both working on prison reform and were present at a Criminal Justice Reform Summit in Los Angeles back in 2018.

He took a shot at Kris, calling her “Kris Jong-Un,” though he never explained further. He accused her the night before of masterminding the release of Kim’s sex tape, something Kris has strongly denied.

There were scattered references to various other celebs. He said, “Lil baby my favorite rapper but won’t do a song with me.”

He claimed to be worth billions, saying, “I’m worth 5 billion dollars and more than that through Christ. But ya’ll ain’t listen to MJ and now ya’ll believe them???” MJ seems to refer to Michael Jackson.

Our sources say the family doesn’t know what to do. Kanye is clearly not receptive to getting help, and anything they do to try triggers a strong, counter-reaction by Kanye.

As we reported, Dave Chapelle flew out to Kanye’s ranch Tuesday as a show of friendship.