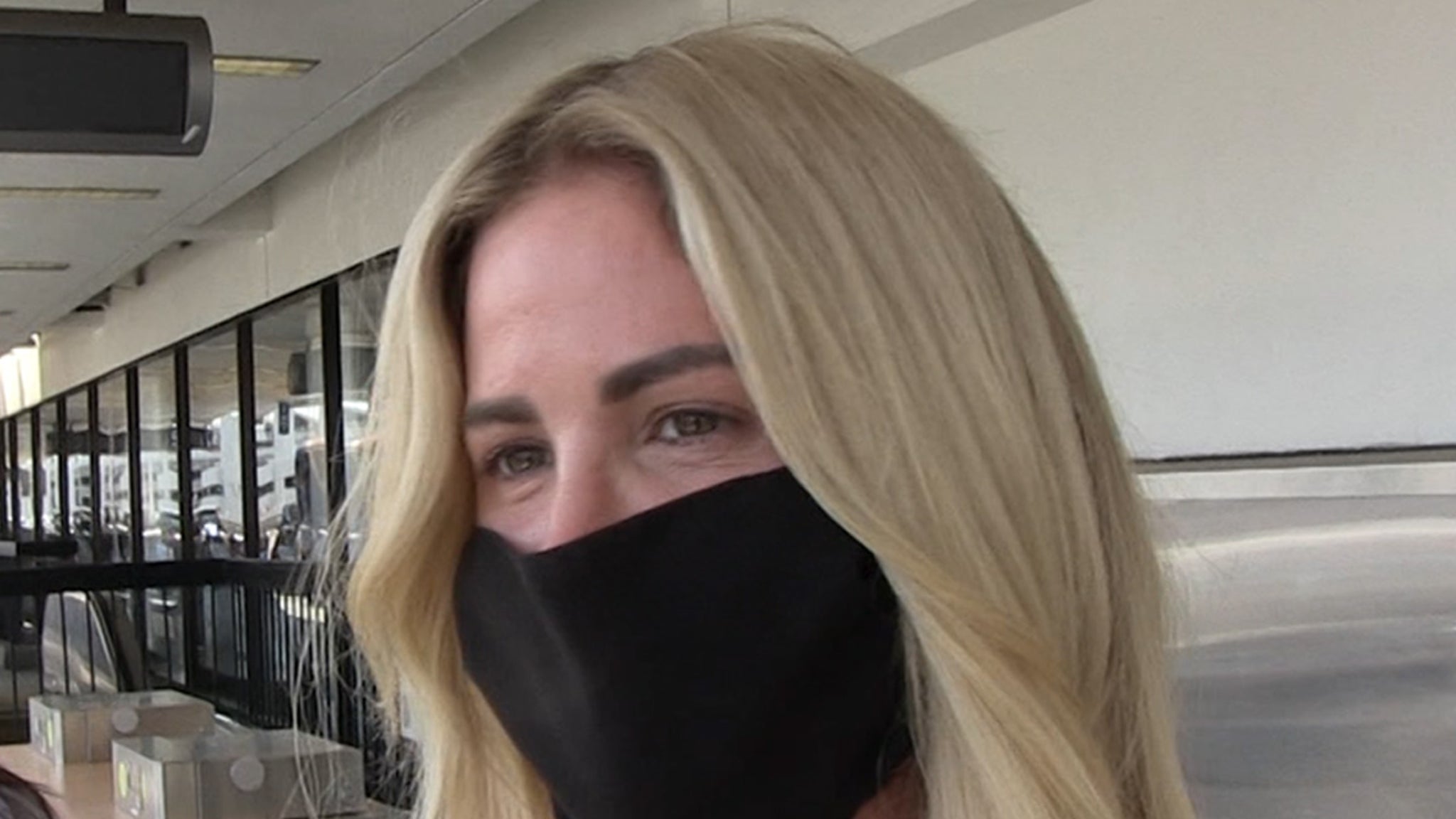 Kim Zolciak says she’s smoothed things over with Marlon Wayans over his infamous “White Chicks 2” diss … it’s all water under the bridge now, but masks almost got in the way!!!

We got Kim and hubby, Kroy Biermann, at LAX Wednesday and our camera guy wanted to talk about her Instagram post with Marlon, which shows them hugging and masked up outside Nobu in Malibu.

Kim tells us why she captioned the pics, “WhiteChicks All Love ❤️ @marlonwayans” … she says they bumped into each other outside the fancy seaside restaurant, and Marlon asked if she was still mad about his old “White Chicks” dig.

It’s kinda funny … Kim says she almost didn’t recognize Marlon because everyone’s wearing masks due to the pandemic, but she doubled back and they had a productive chat.

Quick refresher on the Kim and Marlon beef … Wayans came under heavy fire back in 2018 after posting a photo of Zolciak and making a wisecrack about her appearance with a reference to his 2004 flick with his brother, Shawn, where the pair played undercover FBI agents dressed as white women.

Fast-forward to this week, and Kim tells us things between her and Marlon are good, now that time’s passed and he’s made what her husband termed a “prideful apology.”

Remember, Marlon didn’t apologize for the joke at the time … but now he’s made nice with Kim and Kroy.

Our photog brings up an interesting point with the Nobu encounter … and Kim agrees something is lacking in Marlon’s mea culpa.