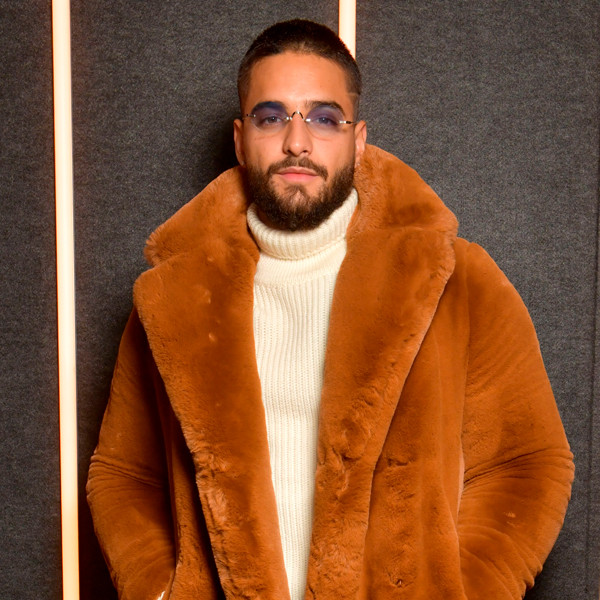 The Pretty Boy, Dirty Boy is back!

Maluma is turning heads and making temperatures rise with his dramatic new hairstyle, which looks similar to his signature ‘do from his Pretty Boy, Dirty Boy album days.

On Saturday, the Latin superstar debuted a fresh buzz cut after rocking blonde hair for quite some time. While it’s unclear what inspired the epic transformation, he did celebrate reaching 50 million followers on the ‘Gram.

He later took to Instagram Stories to ask his followers what they thought of the new ‘do.

“Les gusta el nuevo look,” the 26-year-old Colombian singer shared, alongside a short video clip that showed him feeling himself.

Before asking his 50 million followers how they felt about his buzz cut, he shared behind-the-scenes videos of his blond locks getting trimmed with a shaver.

Earlier this year, Maluma spoke to E! News about how his style is a big part of his creative expression.

“It’s like my music. Sometimes I get in the studio and I want to show the world how I’m feeling,” he said of how fashion goes hand-in-hand with his music. “It’s the same thing, the way I dress. I feel like every time I go out, and people see me, I know that they feel what I’m thinking in that moment.”

“I feel very connected to the fashion world,” he continued. “I like it, I love it, it’s something that I was born with.”

He even shared that launching a fashion brand is part of his to-do list.

“I think that’s gonna happen very soon. I have many ideas in my mind, designing, doing sketches,” he revealed. “But right now, I feel like I’m missing someone who understands my vision. But I know it’s gonna happen pretty soon.”

In the meantime, keep the selfies coming, Maluma!