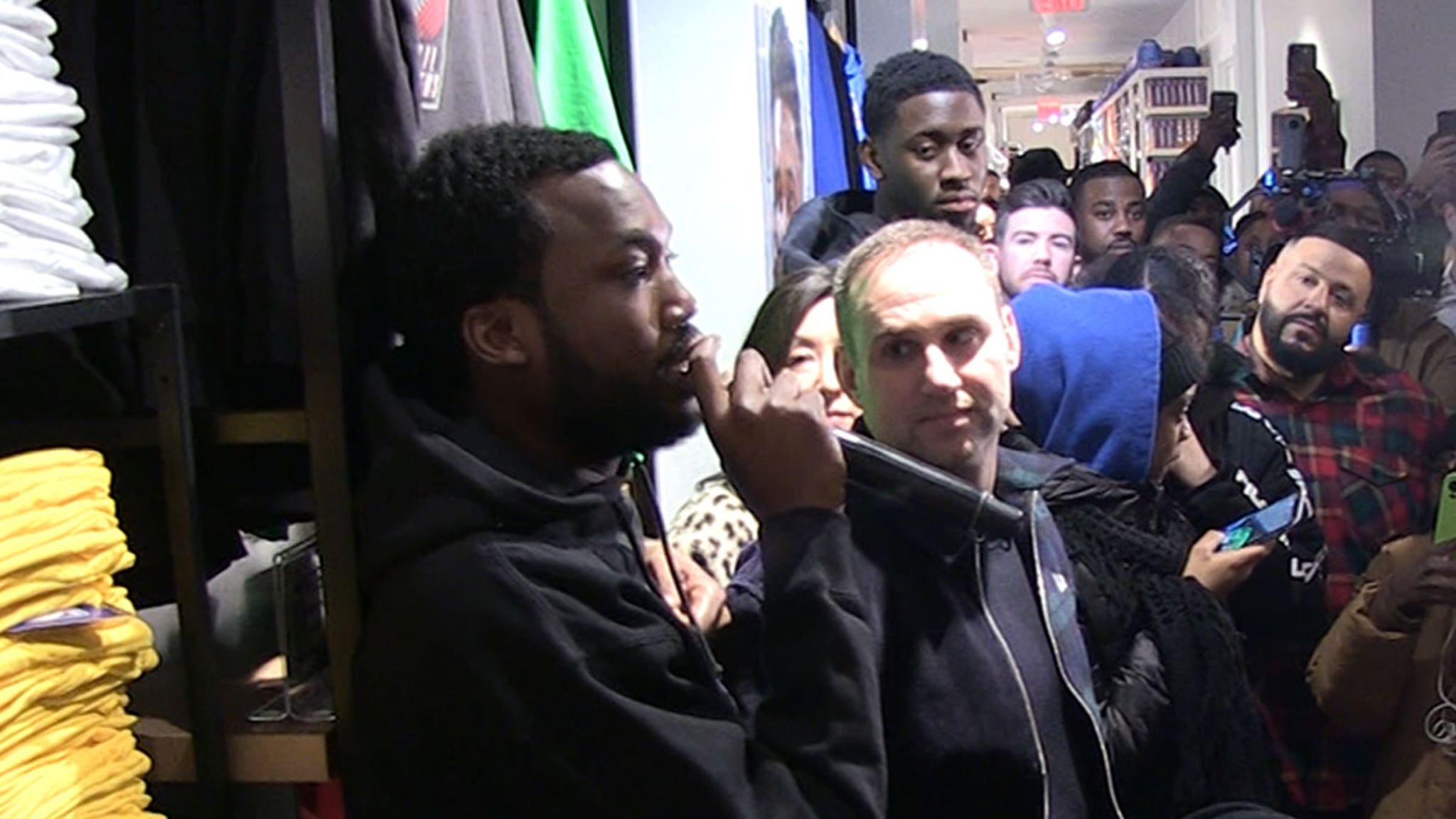 Meek Mill and a few friends teamed up to give back to kids who are sadly impacted by a broken prison system — giving them major cash to blow … and a chance to meet a G.O.A.T.

It all went down Saturday morning in NYC, where Meek, 76ers co-owner Michael Rubin, Brooklyn Nets co-owner Clara Wu Tsai, Nets player Caris LeVert and DJ Khaled himself all gathered with dozens of children and their family for the generous holiday giveaway.

Saturday’s event was put together by the REFORM Alliance — the criminal justice org Meek and co. created to get people out from behind bars when they don’t belong there.

Check out the clip though … Michael, Meek and an apparent NBA Store employee explain to the group that each kid and family will get a minimum of $500 to spend on anything they want inside. Some bigger fams were given more to spend. All on the house, of course.

The reason … to alleviate the pain and hardship of having a parent who’d been wrongly imprisoned for a probation or parole violation, past or present. Mike notes everyone who was chosen for the shopping spree has been adversely affected by mass incarceration.

Later on, the group was flown out to Gillette Stadium in Foxborough to watch Tom Brady take on the Bills. Owner Robert Kraft — who’s also a REFORM Alliance founding member — made sure they got some of the best seats in the joint to meet Tom Brady himself.

TB got a little face time with the children before taking to the field, and it looks like they enjoyed every second of the experience. Good on them … they deserve it.