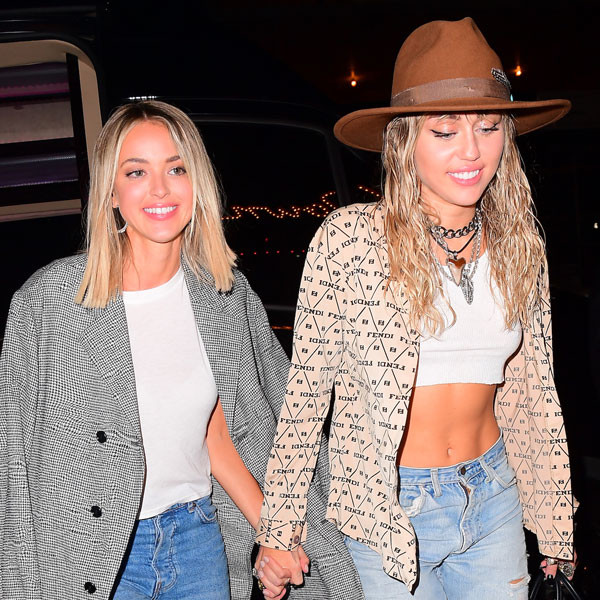 It appears that Miley Cyrus was the one to pull the plug on her relationship with Kaitlynn Carter.

E! News learned on Saturday that the 26-year-old singer and 31-year-old Hills: New Beginnings star had split, less than two months after beginning a whirlwind summer romance after their breakups from Liam Hemsworth and Brody Jenner, and remain friends.

“It was getting serious and Miley wasn’t comfortable with that,” a source close to Miley told E! News on Sunday, regarding her and Carter’s separation.

The two had first sparked romance rumors in August when they were photographed making out while on vacation in Italy.

“When they first got together, it was just a fun casual thing, but it ended up becoming a lot and there were big emotions attached,” the source told E! News. “It went from 0 to 60 and she wanted to put on the brakes. It was unexpected to end things so abruptly, but it had to be done. She just got out of her marriage and Miley felt like she and Kaitlynn got carried away.”

Following their separation and amid Miley’s budding romance with Kaitlynn, Liam filed for divorce. The two, who first began a relationship 10 years ago, wed last December.

Neither Miley not Kaitlyn have not commented on their breakup.

While they have stepped out together in public several times over the past month or so, neither has ever commented on their relationship either.

Miley Cyrus and Kaitlynn Carter Split: Look Back at Their Whirlwind Romance

The once joined-at-the-hip couple appeared to spend the weekend apart. Kaitlynn attended a pre-2019 Emmys party in Los Angeles on Friday night without Miley, while the singer performed at the iHeartRadio Music Festival in Las Vegas on Saturday night. She brought her mom Tish Cyrus and sister Brandi Cyrus to the event and the group hung out with some Bachelor Nation stars.