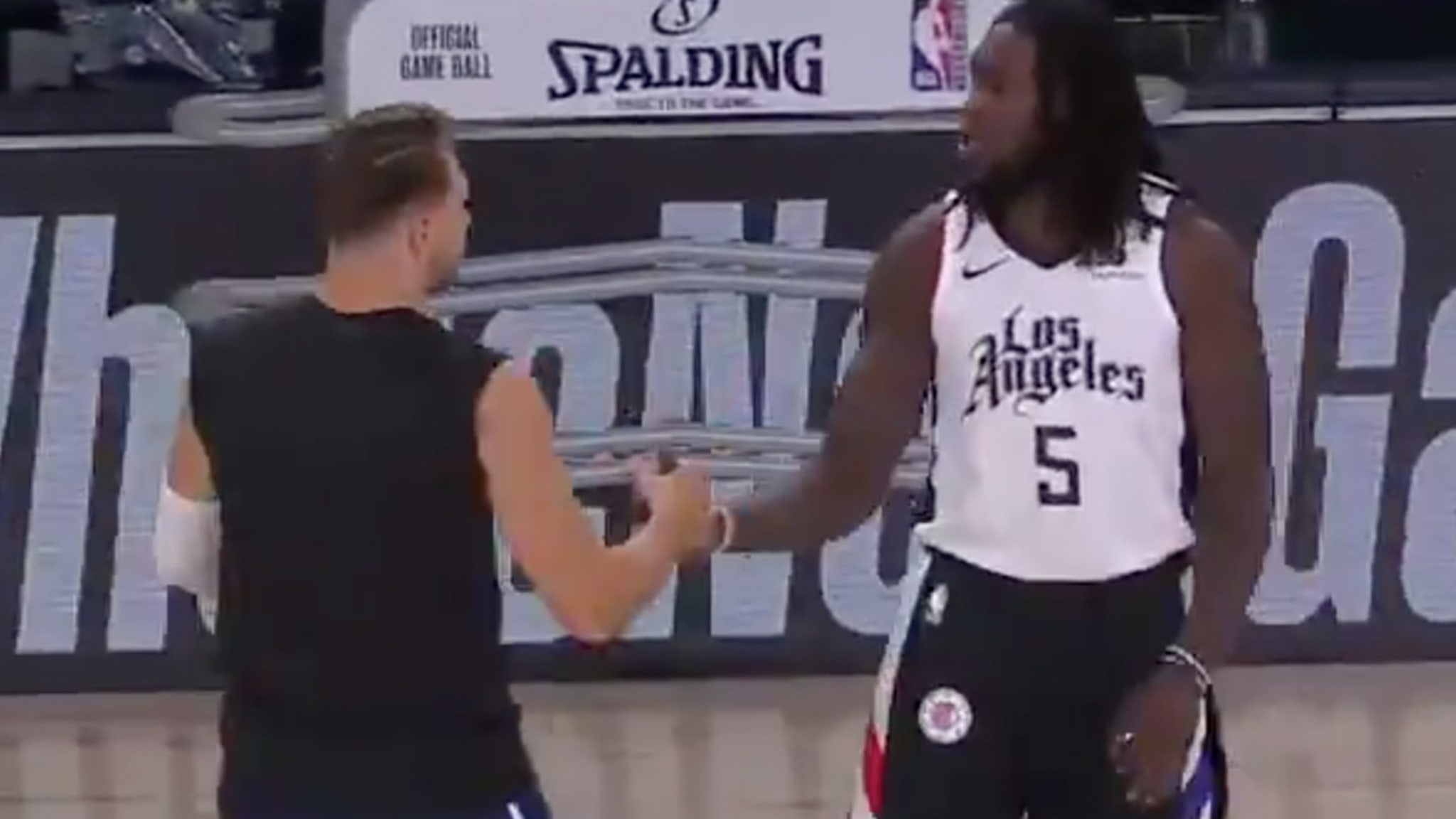 If you missed it … Harrell went viral Friday for his trash talk of the Dallas point guard — when cameras caught the L.A. player mouthing the words to Luka after a big first-quarter bucket.

Of course, given the nation’s current climate and battle for racial equality … Montrezl was heavily criticized for the chatter — with ex-NBA player Jay Williams saying straight-up, “I can only imagine if Luka Doncic had said something like that to you.”

Regarding the @dallasmavs @LAClippers game last night & the words we all know that came out of Montrez Harrell’s mouth.. pic.twitter.com/pLfZ1ryfll

Montrezl says he took it upon himself to clear the air with Luka before Game 4 on Sunday … and in video of their conversation, you can see there was no bad blood at all.

If gone get the story get it right all I ask, no one spoke wit me to do anything I approach him and cleared the air from all the outside nonsense that was being said. Nothing but respect for Luka he understood the heat of the battle and he said it didn’t bother him only RESPECT https://t.co/MOKlkT3CAH

“Nothing but respect for Luka,” Harrell said of their pregame embrace. “He understood the heat of the battle and he said it didn’t bother him only RESPECT.”

For his part, Luka said he accepted Harrell’s apology … adding, “No worries.”

“There’s a lot of emotions on the court, especially this is playoffs,” Doncic said. “Sometimes you say things you don’t want to say. He apologized. I respect that, so no problems.”

Clippers coach Doc Rivers says he addressed everything with Harrell in house … telling reporters over the weekend that Montrezl MUST be more careful with his words.

“Trez was the first one to say that. He said, ‘I didn’t mean that racially.’ And I said it doesn’t matter. It’s what’s perceived. … make sure you do the right thing.”