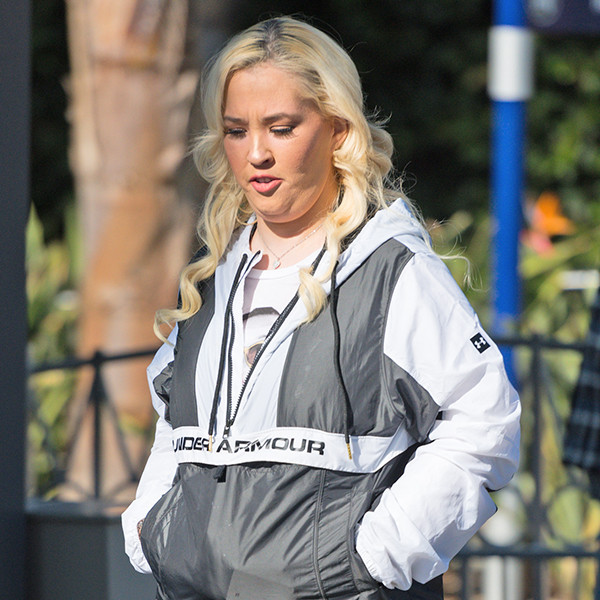 The Macon County District Attorney’s Office says the couple’s attorney appeared in court on their behalf.

Mama June has landed herself in some hot water.

An official with the Macon County District Attorney’s Office confirmed to E! News that June Shannon was arrested for alleged possession of a controlled substance and drug paraphernalia last week.

E! News has also confirmed Eugene “Geno” Doak was arrested on March 13 alongside Shannon and has an additional charge of alleged domestic violence third degree along with alleged possession of a controlled substance and drug paraphernalia. They are both out on bond.

TMZ reported on Wednesday that the police were tipped off about the alleged crimes when someone called in a report of seeing two people engaged in a heated confrontation at a nearby gas station.

Geno and Mama June have been together for three years, and she was even tweeting about her beau just two days after her arrest. The reality TV star was sharing with her Twitter followers some of the show’s most “outrageous moments” and mentioned him in a few messages.

“And yes the most outrageous moment is me getting genp to possibly marry me so we’re going to see what happens this season so let’s get to watching now #MamaJune,” she wrote on Friday.

She added in another tweet, “I have to say so very sweet what geno said yeah it is not an engagement but hey if you do a promise then hey I can get another ring out of it LOL.”

This is one of June’s first relationships since splitting from Sugar Bear in September 2014.

June told E! News last year that she was “very much in love” with Geno.  ”You never know what the future holds,” she explained.

She and the father of Alana “Honey Boo Boo” Thompson split following many attempts to make their relationship last the test of time. They even joined the cast of Marriage Boot Camp: Reality Stars, but at the end of the day they couldn’t make things work.

Since then, the star has undergone a dramatic weight-loss transformation in the hopes of changing her life for the better. She debuted her size 4 body in March 2017 and has since been open about her weight loss journey.

“I’m happy with where I’m at because this has been an emotional and physical toll on my body and it’s not an easy road to go through. I promise you,” she shared with E! News in June.

Fans can get a peek into her daily life when season 3 premieres Friday night at 9/8c on WE TV.

E! News has reached out to June’s team for comment.