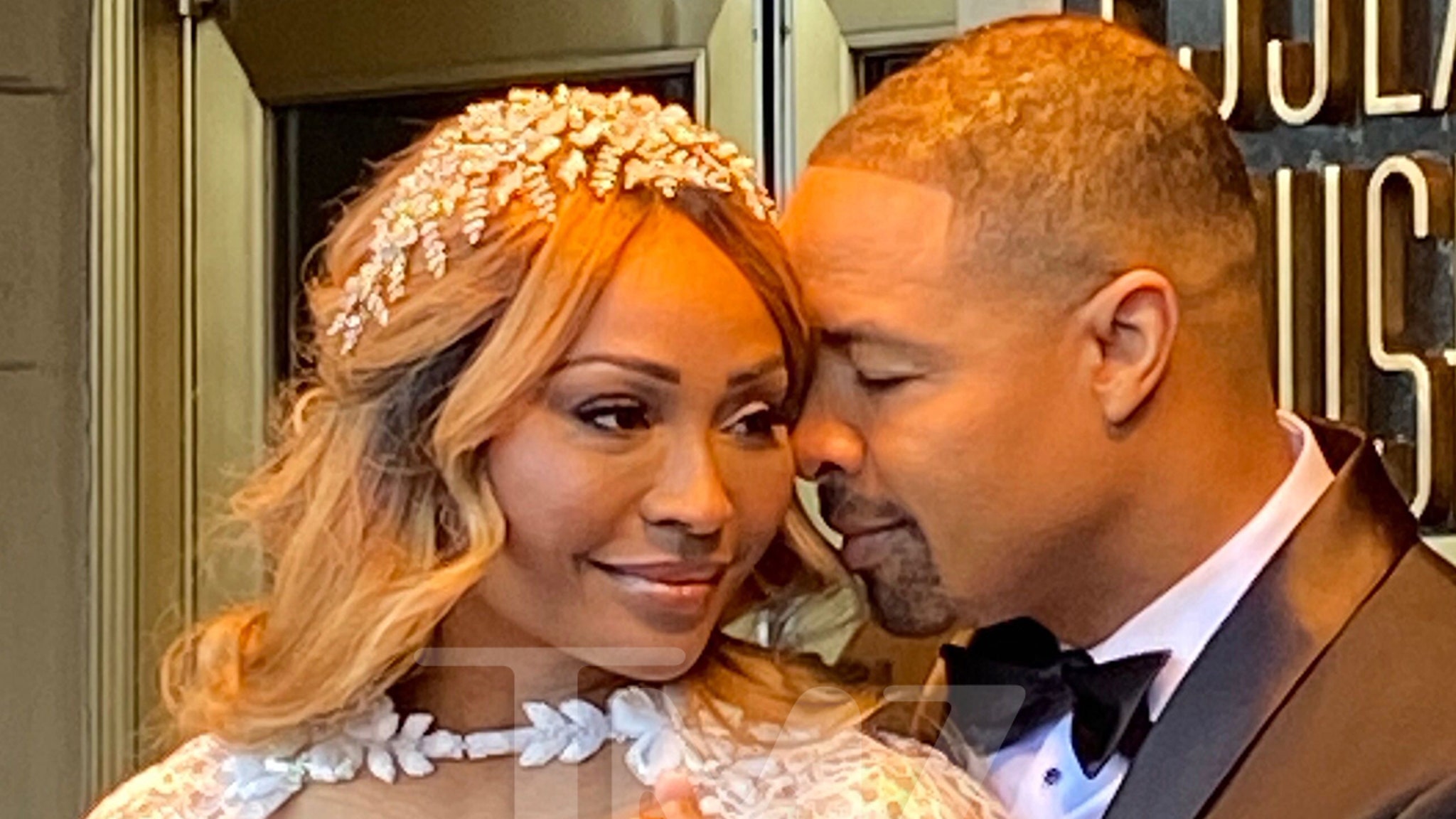 Cynthia Bailey and her FOX Sports fiance are getting a taste of a dress and tux to come months before they officially say “I do” … and the photo-op appears to be an official celebration of their engagement.

The ‘RHOA’ star was seen doing a photo shoot Sunday with Mike Hill outside the J.W. Marriott Essex House Hotel in NYC, where they were rocking pretty standard wedding attire … especially, Cynthia who seemed to be wearing a bride’s dress or something like it.

Some folks might think they’ve already tied the knot — despite announcing their wedding ceremony for later this year in October — but it’s possible this is simply for a formal engagement photo spread … assuming they didn’t get ahead of their own plans.

We’ve seen engagement photos like this before — notably, Nipsey Hussle and Lauren London posed for some before his death, and they were both decked in apparent bride and groom garb. They hadn’t tied the knot though, so it’s feasible Cynthia and Mike haven’t either.

More so, what makes us think these are engagement pics instead of an eloping is that Cynthia and Mike haven’t put out photos like these when they first became fiance and fiancee. They did acknowledge the engagement in a sweet IG post, but nothing to this level.

A few months late, but hey … better late than never. And if not that, then congrats to the happy couple!!!