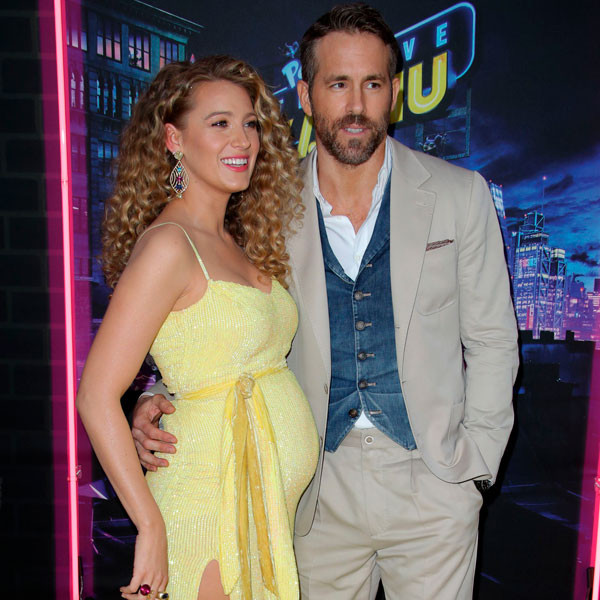 Ryan Reynolds is showing off his and Blake Lively‘s newborn daughter… well kinda! Taking to Twitter on Wednesday night, the Deadpool actor shared a family photo of him and his wife carrying their baby girl. However, in true Reynolds fashion, he cleverly and cheekily hid his daughter’s face from the camera by putting a drawn-on smiley face on top of hers.

Of course, the 42-year-old actor’s followers couldn’t help but join in on the fun. “your baby has blake’s smile :’),” one person commented. Another replied, ”What a beautiful family picture, the looks definitely run in the family. She has your eyes.”

Even though fans aren’t able to see Ryan’s daughter’s face, this is the first time he’s shared any news about his little bundle of joy.

In early October, US Weekly reported that Blake gave birth to her third child nearly two months prior. At the time, it was unclear if the pair had a boy or a girl, but with the actor’s latest post, it’s confirmed they are now parents to three daughters.

The couple shares James Reynolds, 4, and Inez Reynolds, 2. The name of their newborn is still unknown.

I love B.C. 🇨🇦 I want my daughters to experience the same natural playground I grew up in. On Oct. 21, the candidate you vote for will SHAPE CLIMATE POLICY. I’m proud of the climate progress made the last 4 years. Click https://t.co/gJ8wvRwD2y for voting info. #Capilano pic.twitter.com/a3itOeIqQx

Despite not being able to see the pair’s little nugget in Reynolds’ post, the candid pic is the definition of couple goals. In the sweet snap, the two look over-the-moon in love, as they’re seen staring into each other’s eyes with huge smiles on their faces. The Canadian actor also has his hand placed on the actress’ forehead—swoon!

Along with the family photo, the Deadpool star used the social media platform to share an important message about climate change.

“I love B.C. I want my daughters to experience the same natural playground I grew up in,” he wrote. “On Oct. 21, the candidate you vote for will SHAPE CLIMATE POLICY. I’m proud of the climate progress made the last 4 years.”

Amari Cooper Was NOT Shot In Dallas, ‘That Was Fake News!’
Film Review: Swallow (2019)
Power Star Joseph Sikora Responds to Series Finale Confusion
Ozzy Osbourne and Post Malone Reunite for New Song “It’s a Raid”: Listen
The Special Approach The Call Of The Wild Could Take On Set Thanks To Performance Capture