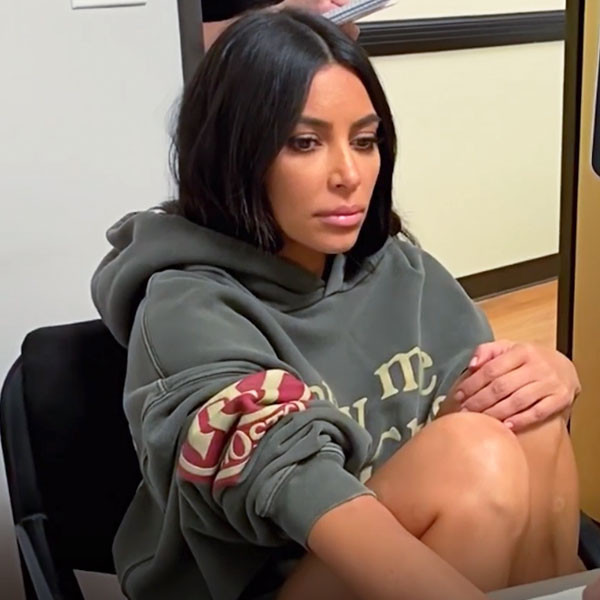 On Sunday’s all-new Keeping Up With the Kardashians, Kim Kardashian received an important update regarding her health. As was documented in last week’s episode, the KKW Beauty boss was told her antibodies tested positive for Lupus and Rheumatoid Arthritis.

The Keeping Up With the Kardashians star had sought out the expertise of Dr. Daniel Wallace after experiencing swollen joints, headaches and general fatigue. However, she never expected to receive such troubling news.

Still, since false positives can occur during initial testing, Kim met with Dr. Ami Ben-Artzi for an ultrasound in order to gain clarity on her situation.

“So, today I’m getting an ultrasound on all of my joint to see what’s going on. I hadn’t really felt that kind of pain physically ever,” Kim noted on her health scare. “My blood test results were so scary, but these ultrasounds will really determine what’s going on with me.”

Thankfully, the ultrasound proved that Kim had received a false positive.

”So, first of all, if you had any evidence for Lupus, Dr. Ben Artzi would have seen it. And you do not have Lupus and Rheumatoid Arthritis,” Dr. Wallace assured Kim during a follow-up appointment. “You probably have Psoriatic arthritis, because Psoriasis comes and goes and there is nothing there right now.”

Understandably, the Kardashian-West matriarch was “so relieved” to learn that she only had Psoriatic arthritis.

“The pain is gonna come and go sometimes, but I can manage it and this is not gonna stop me,” the reality star turned business woman reflected later on.

Watch Kim’s health update in the full recap video above!

Watch a brand new episode of Keeping Up With the Kardashians Sunday at 9 p.m., only on E!

Omar Basaad Shares Chill House Track “Without You” [OUT NOW]
Hamilton Ending: What Eliza Does And Why She Does It
Central Park ‘Karen’ Will be Prosecuted for False Report
The Secret Village (2013)
“I Don’t Wanna Know” Singer Mario Winans ‘Memba Him?!