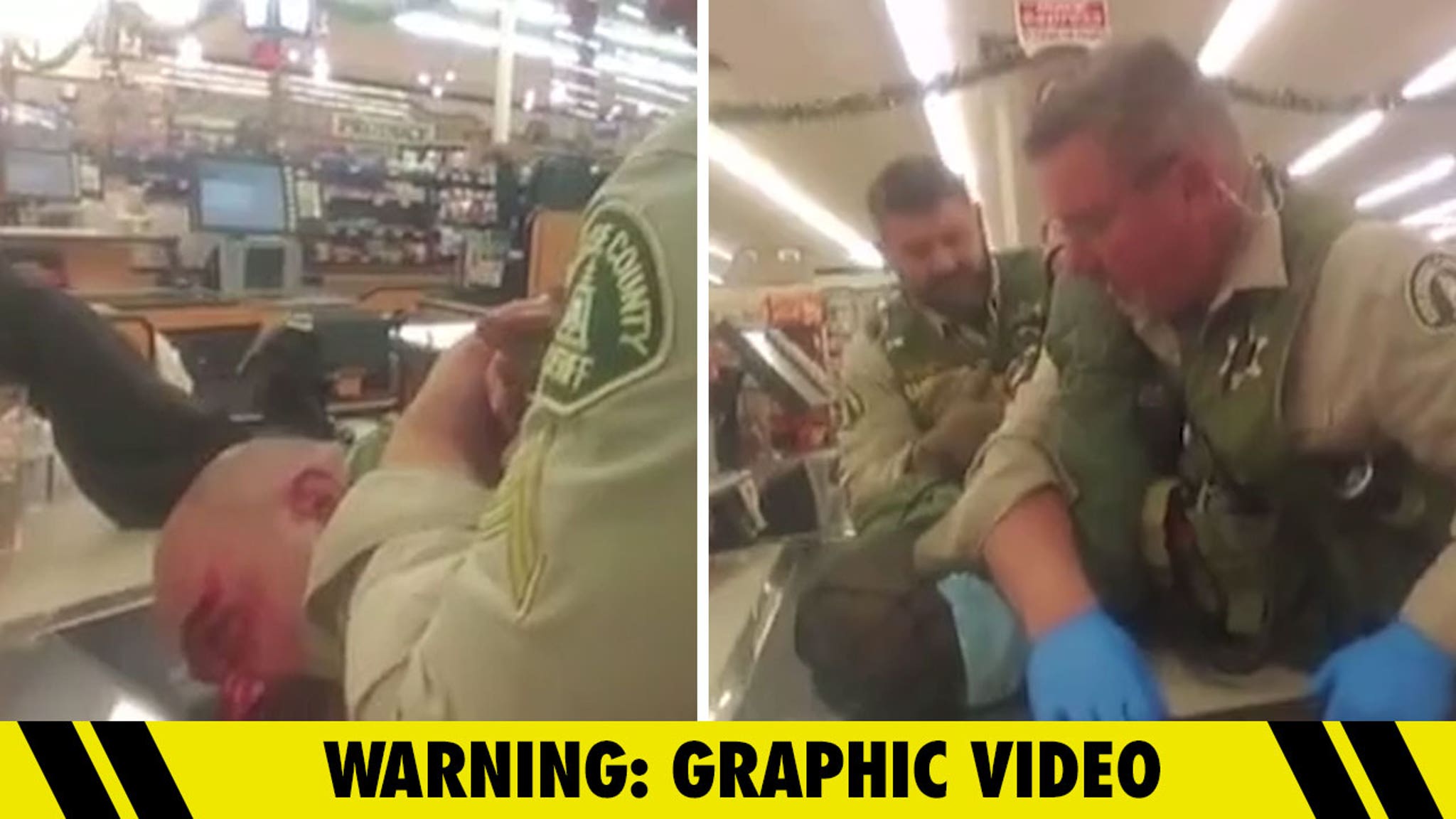 The family of a Southern California man who died in police custody says he got the same treatment as George Floyd … which can now be seen on video as authorities investigate.

33-year-old Ernie Serrano died last Tuesday after he was arrested for assault with a deadly weapon following an incident that required police assistance at a grocery store in Jurupa Valley … which left him bloodied, battered and, ultimately, unresponsive.

The Riverside County Sheriff’s Dept. released body cam footage as well as witness and surveillance video from that day … and it shows Serrano at a Stater Bros. attempting to check out at the register, when for some reason security intervenes … and they tussle.

The fighting goes on for a few minutes — reports say the guard Tasered him and used pepper spray on him as well … and that’s when several Sheriff’s deputies arrived. In the video, you can see one of the deputies unloads on a stumbling Serrano with his baton, striking him several times in the arm and stomach — until, eventually, the whole squad tackles and detains him.

Body cam video shows Serrano bleeding from his face as deputies attempt to handcuff him — while pinning his torso against a countertop. He’s screaming for them to let him go as cops try to calm him down. Serrano actually screamed, “Excessive force” at one point.

They then put a spit mask on him, and he quiets down … at some point after that he lost consciousness. Deputies put him on the floor and tried to resuscitate him. Serrano was later pronounced dead at a local hospital.

RCSD held a press conference Monday, saying the department and the District Attorney’s Office were investigating. They also released a preliminary autopsy report they say lists his cause of death as acute methamphetamine intoxication … which the Sheriff’s Dept. says caused a fatal arrhythmia as he struggled with deputies.

The Sherrif’s Dept. also says the autopsy shows contusions on his right arm and stomach, consistent with baton strikes. They add there’s no sign of asphyxiation or other forms of trauma. Of course, Serrano’s fam and their attorney, Humberto Guizar, see things differently.

Guizar says it’s clear the deputies held him down in a compromised position for too long, which he believes led to Serrano’s death. He’s calling for an independent autopsy to be done, while also signaling he and the family are ramping up for a lawsuit. Guizar believes what happened to Serrano was not dissimilar to George Floyd.

One last thing … the Sheriff’s Dept. says some of the same deputies who dealt with Serrano the day he died also had a run-in with him the day prior … something the deputies allude to during the arrest.