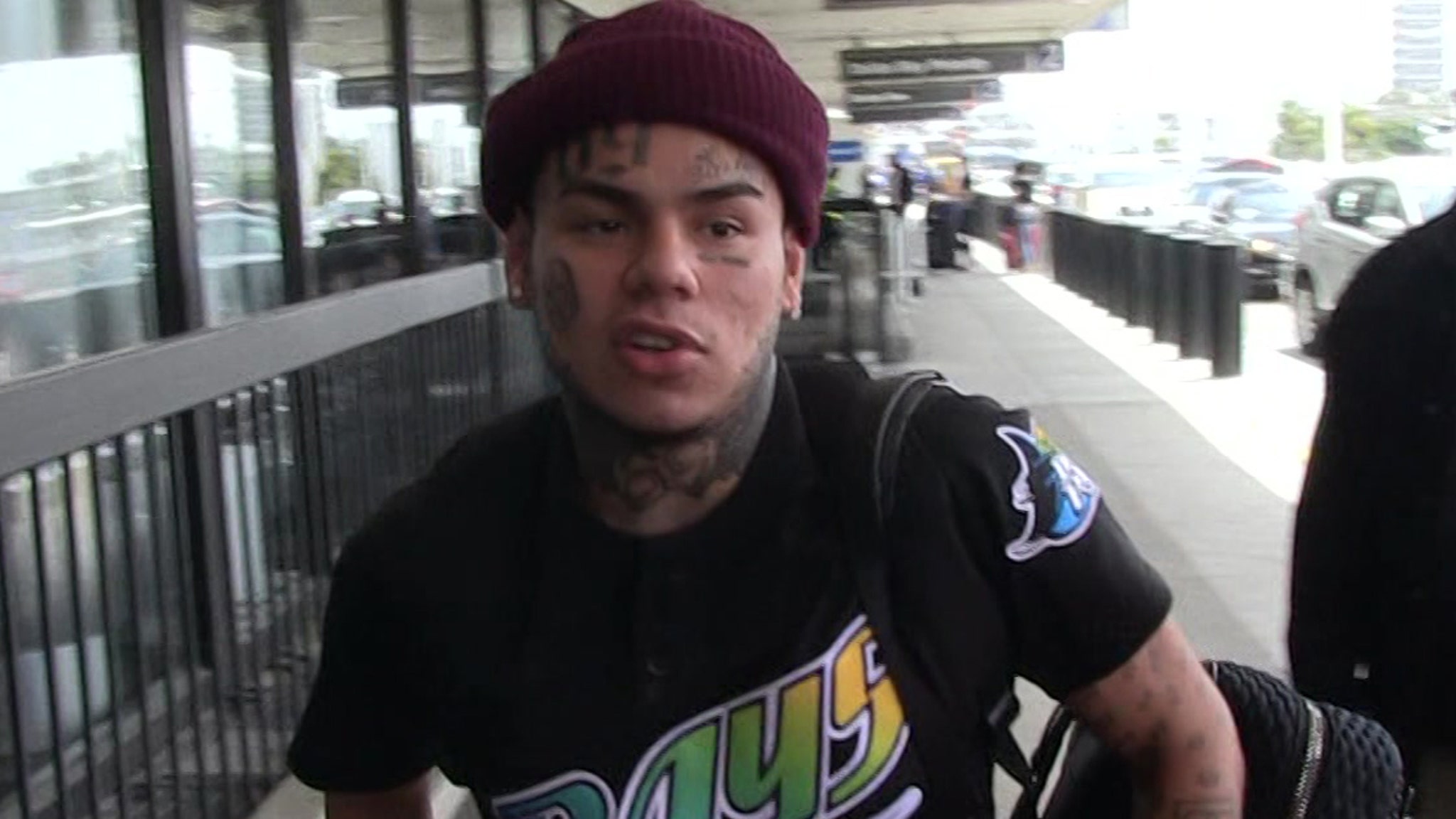 Tekashi 6ix9ine has the coronavirus to thank for an even earlier prison release than expected — the judge just signed off on his request to get out to avoid infection from the coronavirus.

The judge agreed Thursday the rapper should be granted a compassionate release, effective immediately, from the NY facility where he’s been held. Instead of serving the rest of his 2-year sentence behind bars … he’ll do it at home.

Tekashi will be on supervised release. During his first 4 months of home incarceration, he’ll have a GPS monitor and must remain at an address approved by his probation officer. According to the judge’s order, he can only leave if he needs to seek necessary medical treatment or visit his attorney — and he must get pre-approval from the probation department.

If, for any reason, the GPS monitoring is not available or malfunctioning … Tekashi must have a daily videoconference with his probation officer. So, he’ll be like most of us … suddenly using Zoom, Skype or FaceTime to stay connected.

Tekashi’s lawyers, Lance Lazzaro and Dawn Florio, were going back and forth filing motions to gain his release. At first, Judge Engelmayer denied 6ix9ine’s request because he said he didn’t technically have the power to release him.

He directed the team to file a request with the Bureau of Prisons and said they were the ones who could bust him out early … but then that department said they couldn’t help him because Tekashi was in a private facility under the watch of the U.S. Marshals Service, instead of a BOP facility.

As a result, the ball was back in Judge Engelmayer’s court, and hizzoner just handed down the order releasing Tekashi to serve the remainder of his sentence in home confinement.

BTW … prosecutors said they had no objection to the compassionate release so long as the judge found there were indeed “extraordinary and compelling reasons” due to his medical conditions that’d place him at high risk during the outbreak. Yep, he did.

You’ll recall … Tekashi was supposed to be getting out later this summer after his conviction on racketeering charges last year. But, in light of the COVID-19 outbreak — and preexisting conditions, he claims he is potentially high-risk in a prison setting — 6ix9ine took the opportunity to ask to be sent home even earlier.