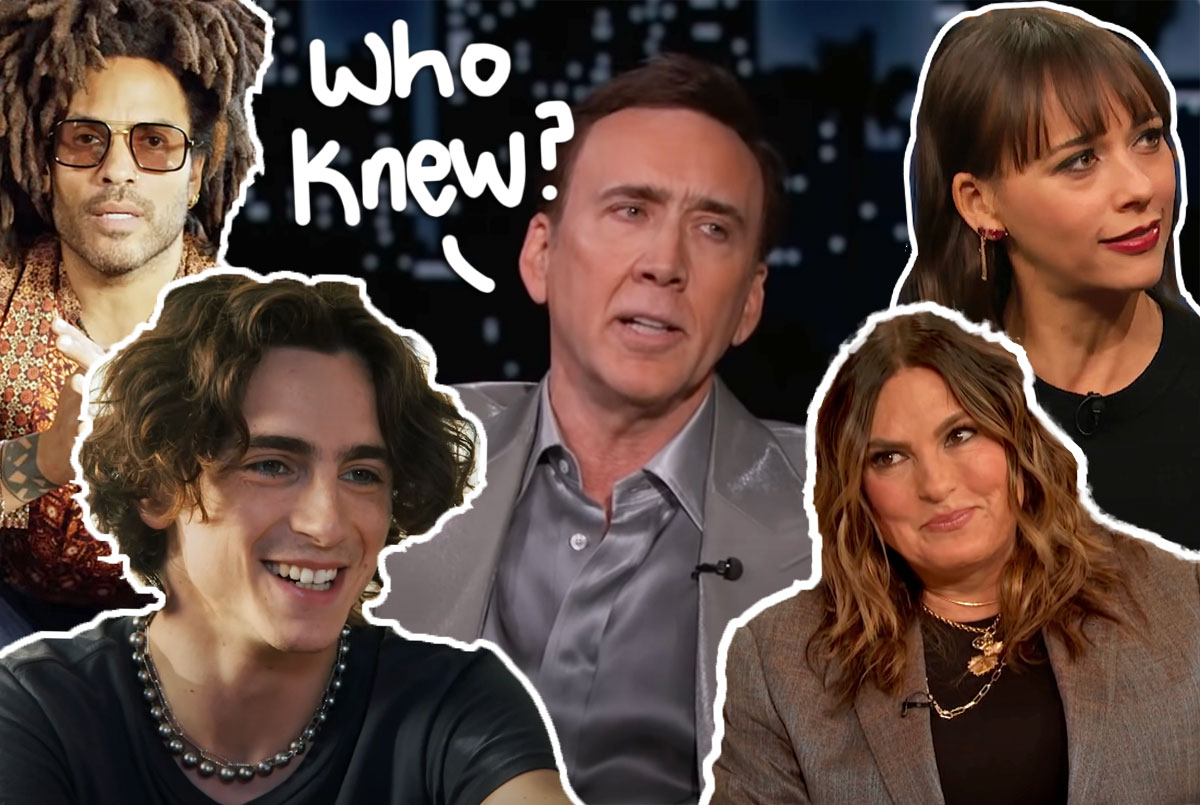 It’s the controversy of the year: nepo babies!

Throughout the last few weeks, social media has been in a heated back-and-forth over nepotism in Hollywood — you know, celebs who gained fame with the help of their already very notable parents. While many of them are super talented in their own right (!!!), it’s still been frustrating for fans (and other hopeful artists) to see the stars refuse to own up to their privilege — even when called out on it!

The topic got so crazy, many of those born and bred by entertainment icons became the face of New York Magazine’s December cover story, “Year of the Nepo Baby.” Ch-ch-check it out (below)!

Nepo babies are not only abundant — they’re thriving. How could two little words cause so much conflict? Writes @kn8 in our (over)analysis of the phenomenon: “We love them, we hate them, we disrespect them, we’re obsessed with them.” https://t.co/WA22qhdS29 pic.twitter.com/nmWXlrIMNS

But, look, nepotism is NOT a new thing. It’s been happening for decades in pretty much every industry. So much so, we bet you don’t even realize some of your favorite stars are actually nepo babies! It’s time for a deep dive to get you caught up (below)!

Nicolas Cage has an impressive résumé — but it makes so much sense when you check out the accomplishments of his family! The 58-year-old National Treasure star comes from parents August Coppola and Joy Vogelsang. You probably recognize the last name Coppola. August was an author, film executive, and advocate for the arts, whose siblings were also media personalities (such as The Godfather director Francis Ford Coppola). Meanwhile, Joy was a dancer and choreographer.

And get this: Nicolas literally changed his name to avoid comparisons to his father early on in his career, something he admitted earlier this year while speaking with WIRED! He was running from the nepo baby chatter from the very start. LOLz!

She’s a legend in her own right, but Mariska Hargitay comes from two famous parents, as well. Her mother is Jayne Mansfield, who was an American actress, singer, nightclub entertainer, and a former Playboy Playmate. She was one of the most notable sex symbols in the ’50s and ’60s. You may also know her from films like The Girl Can’t Help It and Will Success Spoil Rock Hunter? Then there’s Mariska’s father: Mickey Hargitay, a Hungarian-American actor and the 1955 Mr. Universe. Wow!

You know her from Not Okay, Something From Tiffany’s, Set It Up, and Zombieland, but do you know her parents? Zoey Deutch‘s mother is Back To The Future star Lea Thompson and her father is Pretty in Pink director Howard Deutch.

Wait, what? It’s true! Gwyneth Paltrow is also a nepo baby! She was born in 1972 to parents Blythe Danner and Bruce Paltrow. While you may recognize Blythe from Gwyneth’s social media, she was (and continues to be) a very famous actress long before her daughter entered the picture. The 79-year-old is most known for roles in I’ll See You In My Dreams, The Lucky One, Meet the Parents, and Will & Grace. Bruce also knows his way around a set since he was a television director on shows like Duets, A Little Sex, and The White Shadow.

Timothée Chalamet has risen through the ranks of Hollywood in the blink of an eye with performances in Call Me By Your Name, Little Women, and Dune, but he probably inherited some of his talents from his mom and dad! The 27-year-old’s mother, Nicole Flender, made a name for herself on Broadway as a dancer. His father, Marc Chalamet, may not be in the entertainment industry, but he’s not a nobody! Marc is an American-French writer who currently works as an editor for the United Nations!

Related: Remembering All The Celebrity Splits Of 2022

Oh, and Timothée wasn’t the only Chalamet to find a love for the arts. His older sister Pauline Chalamet is also in the biz, currently starring as Kimberly in The Sex Lives of College Girls.

Can you feel the… nepotism in the air tonight?

Surprise, surprise! Emily In Paris‘ Lily Collins is the daughter of legendary musician Phil Collins. You know, the man behind classics like Strangers Like Me, You’ll Be In My Heart, and In the Air Tonight. Alongside his solo career, he was also the drummer and lead singer of the rock band Genesis. He welcomed Lily with his now ex-wife Jill Tavelman.

Robert Downey Jr. may be best known as Iron Man, but he got his start back in 1985 on Saturday Night Live. After starring in some films, how’d he manage to snag the VERY competitive job, you ask? Well, it probably helped that his uncle was legendary SNL writer Jim Downey! Ironically, Robert was dropped from the show amid poor ratings and criticism of the new cast’s comedic chops the next year, so he had to fight his way back up to the top. Good thing his parents were pretty notable, too. His dad, Robert Downey Sr., was an actor, filmmaker, and director. His momma, Elsie Downey, was an actress and writer. So, he had connections!

Shocking, right? Angelina Jolie may be raising several nepo babies herself, but she is one, too! Angie’s dad is Jon Voight, an American actor known for his Academy Award-nominated performance in Midnight Cowboy. He’s also been in National Treasure, Holes, Deliverance, and Anaconda, among other credits. Her late momma, Marcheline Bertrand, was an actress in films like Lookin’ to Get Out, The Man Who Loved Women, and Trudell.

Rashida Jones has been making us all laugh for years on hits like Boston Public, The Office, and Parks and Recreation, and we bet she learned how to be a great entertainer from her ‘rents!

The performer comes from Quincy Jones, iconic record producer, and Peggy Lipton, an actress. Quincy is a HUGE name in the music scene — with 80 Grammy nominations, 28 Grammys, and a Grammy Legend Award in 1992. Dang! Peggy is perhaps best known for her role in The Mod Squad, as well as Twin Peaks and A Dog’s Purpose.

Lenny Kravitz is not only the dad to a super famous nepo baby (Zoë Kravitz), but he is one himself! He was raised by his father, Sy Kravitz — a film and TV producer for NBC — and his mother, Roxie Roker — an iconic actress known for portraying Helen Willis on the CBS sitcom The Jeffersons. Helen was half of the first interracial couple to be shown on prime time TV. Incredible! Roxie was also an accomplished stage performer who was nominated for a Tony Award for her role in The River Niger. Also, her father, Albert Roker, was supposedly cousins with TV personality Al Roker‘s grandfather! Small world.

And this is just a handful of the most surprising nepo babies — there are SO many out there! Can you believe it? Who shocked you the most? Let us know (below)!