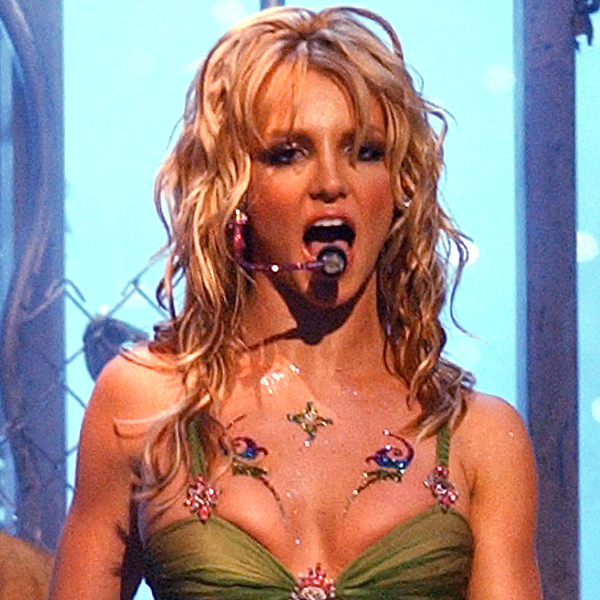 For the many who have binged Netflix’s new craze, Tiger King, Joe Exotic’s world and Hollywood converged long before he became the talk of our social distancing time. While people around the country have become immersed in the show from the safety of their couches amid the coronavirus pandemic, fans have discovered an earlier claim to fame for two of the people in the hit docuseries.

Rewind to 2001, when pop princess Britney Spears delivered a since-legendary jungle-themed performance to her hit, “I’m a Slave 4 U.” While Spears’ dance with a python has become a permanent part of pop history, the songstress also arrived on stage in a cage with a tiger handled by…Doc Antle, the animal trainer featured throughout the series.

“Doc Antle, the tiger handler for Spears’s VMA performance, informed me that, sadly, the rare golden tabby tiger that starred alongside the snake has since died,” an MTV News article from 2016 reads.

But, that’s not the only photo making fans do a double take. In another snap of Spears sitting in the audience ate the 2002 Video Music Awards, one fan spotted a woman who appears to be Carole Baskin, a central subject of the show, sitting next to the star.

“Can we talk about how carole baskin was sitting next to britney spears at the 2002 VMAs,” the tweet read.

While it’s unclear exactly why Baskin was at the award show, the new discoveries are giving fans plenty to sink their teeth into all these years later.

Fans Are Having The Best Time Making Fun Of Oscars With Sonic, Trolls 2 As Major Contenders
Fathom Events To Premiere Rod Lurie’s Military Thriller ‘The Outpost’ In Theaters This Summer
8 Must-Watch Tom Hardy Movies If You’re A Fan Of The Venom Star
Tristan Thompson Cheekily Reacts to Khloe Kardashian’s New Hair Transformation
The Baker and the Beauty Season 1 Episode 7 Review: Blow Out