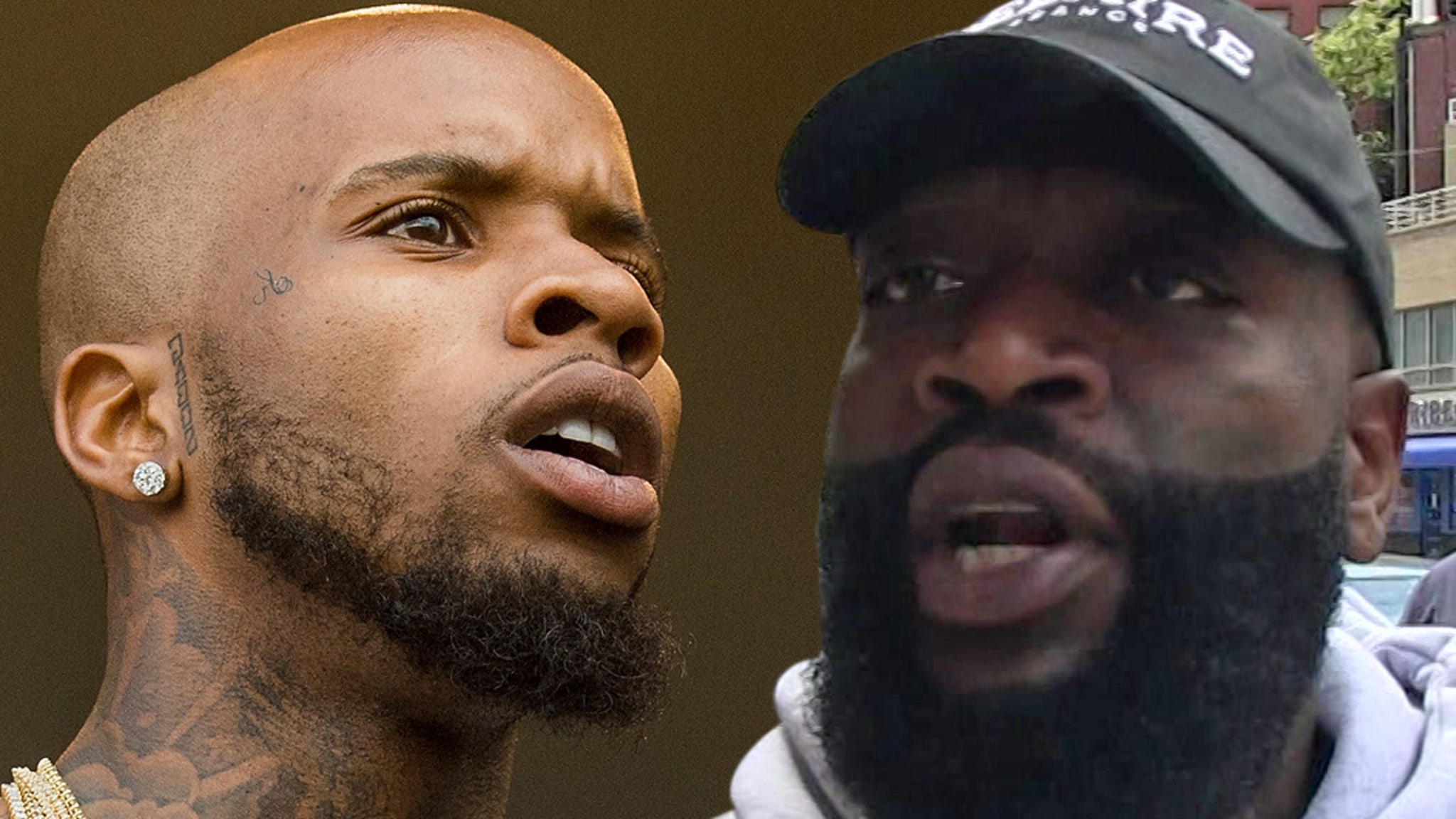 Rick Ross and Tory exchanged jabs on social media Friday … with Rick throwing the first punch by questioning the timing of Tory’s new music, saying he thinks it shows a lack of respect for Black women.

Rick said Tory made a “poor decision” by ripping Megan the same week the cops who shot and killed Breonna Taylor were not charged with murder. Ross says it’s not the way to address allegations about shooting a Black woman, and he reminds Lanez, “we gotta respect these sisters.”

Tory just responded, saying he marched 9 days in a row protesting Breonna’s death in Miami and didn’t see RR in the streets once. He also rips Ross for plugging wine companies in his initial diss, saying Rick also made a “poor decision.”

As you know, lots of people are coming at Tory right now … before Ross, NBA player J.R. Smith called Lanez a “clown” and a “lil ass boy” in response to mentioning his name on the album, and KeKe Palmer‘s also pissed.

Adding fuel to the fire, TMZ broke the story … Megan’s team is accusing Tory’s reps of orchestrating a smear campaign against her … which Tory’s camp denies.

Basically, Tory seems to have beef on ALL fronts.