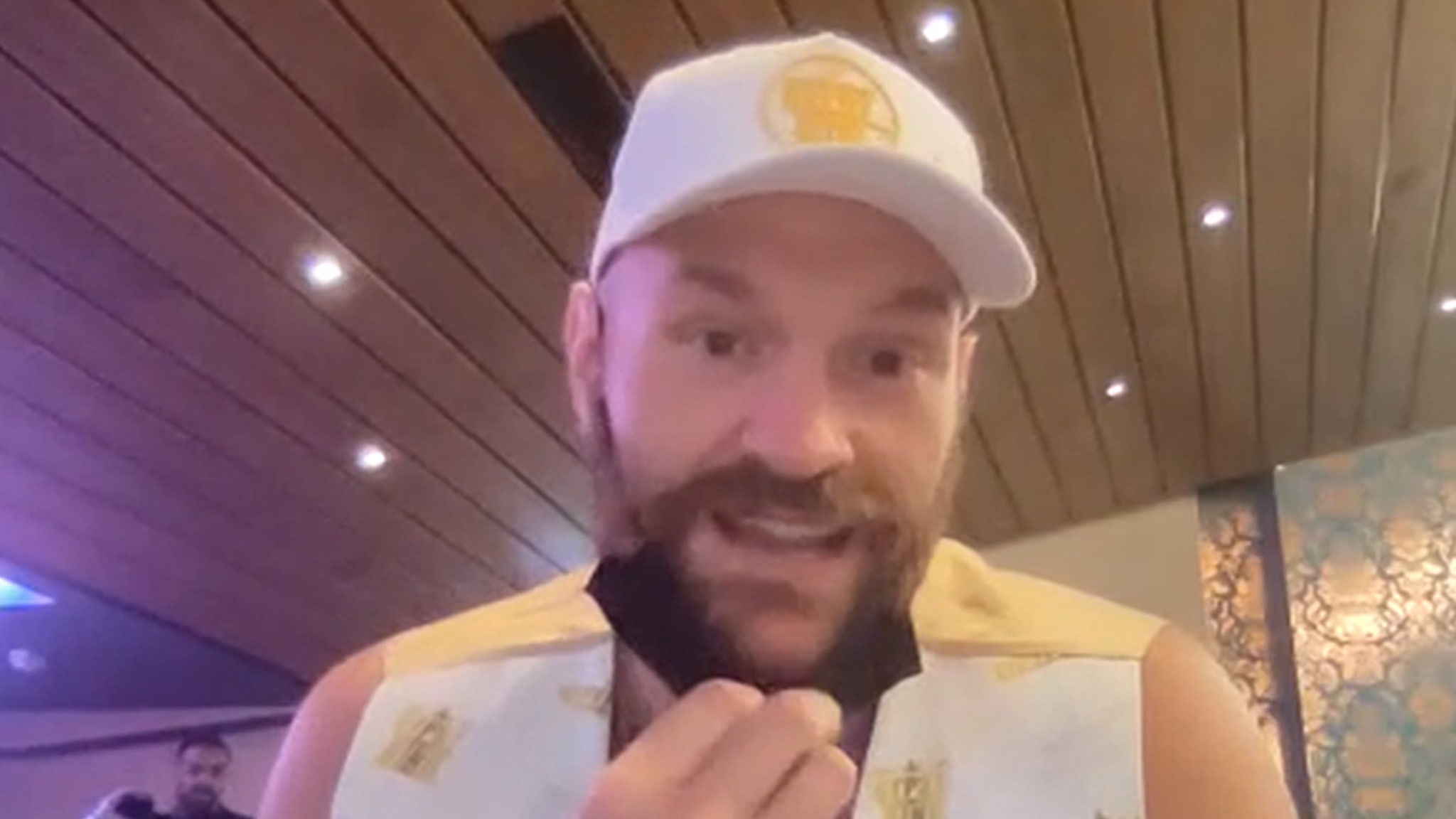 Tyson Fury‘s sick and tired of the back and forth between his bro, Tommy, and Jake Paul … telling both fighters to “grow some balls” and fight already!!

There’s been a lot of bickering between the two fighters on social media recently … with Jake publicly offering a $1 million payday (an amount TF claimed was not even worth getting out of bed for).

With negotiations reportedly picking back up again, TMZ Sports asked the Gypsy King himself for his thoughts on Jake vs. Tommy … and he wants this fight to go down just as bad as the rest of us!!

“The fight is supposed to be happening,” Tyson told us this week. “Both guys keep talking about it, so they better step up and show some balls and actually do the fight.”

“I’m sick of all the talk about a fight that doesn’t happen, so let’s get it on! Let these 2 go to war. Put on a show for the fans. Everybody wants to see it!”

Tyson — who has his own highly-anticipated trilogy fight against Deontay Wilder on Saturday — gives props to the Problem Child’s success so far in the boxing world … applauding his undefeated record.

So … if both guys sign on the dotted line, is Tyson gonna show up??

Elvira Pulls Back the Curtain on Her Beloved Halloween Persona, 40 Years Later
Cardi B Encouraged by GOP Not to Be Intimidated By Cancel Culture
You Fan Spots Major Season 3 Filming Flaw–and Now We Have More Questions
Why It Girls Are Obsessed With Lululemon’s Everywhere Belt Bag
‘Whitney’ Director Kevin Macdonald Behind ITV Doc On UK Floods; Broadcaster Unveils Climate Action Plan