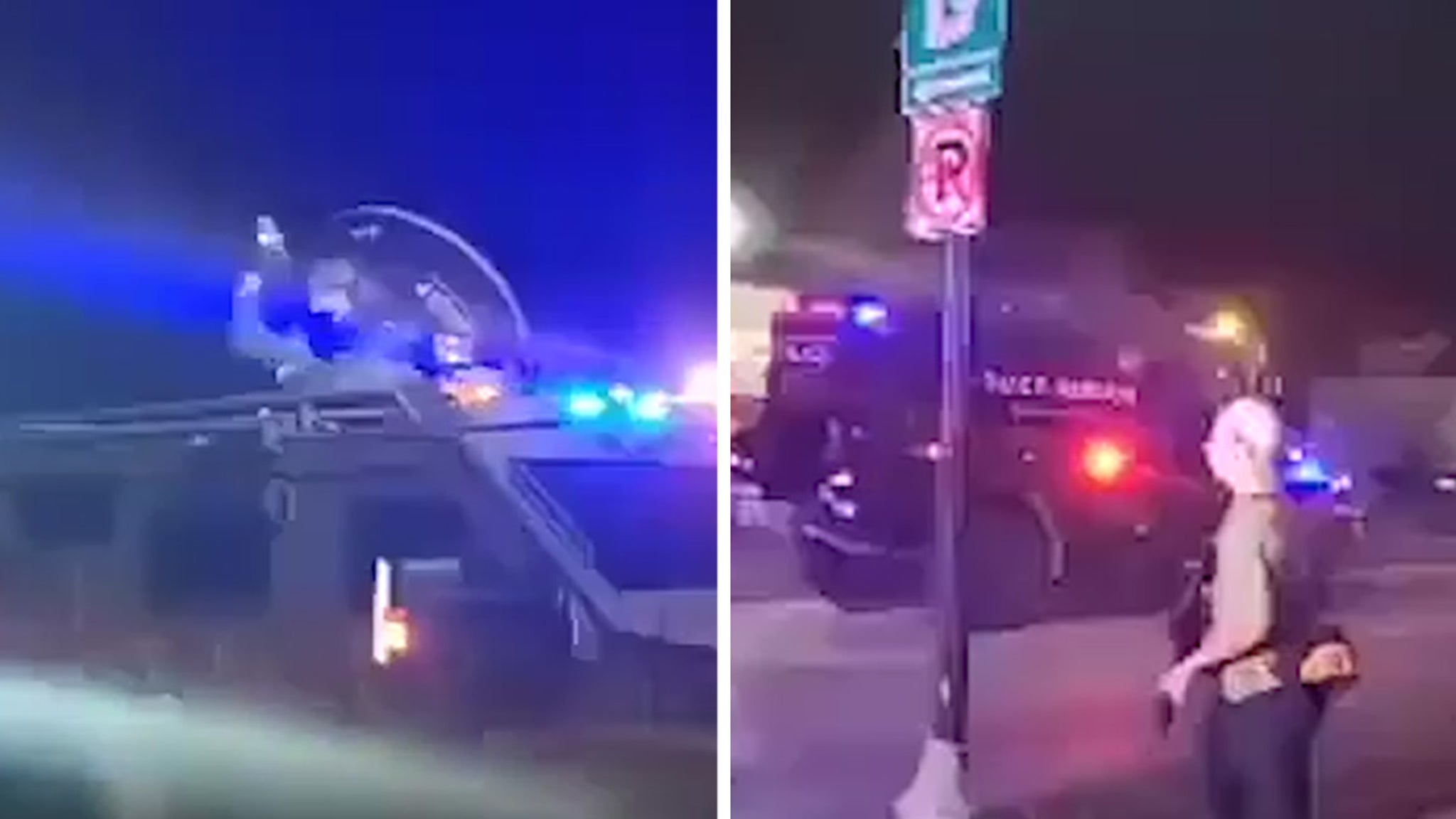 The so-called rifle-toting “vigilante” in Kenosha seemed pretty chummy with law enforcement before his alleged shooting spree — receiving water and even praise from cops … which could explain a lot.

The guy, Kyle Rittenhouse, who was seen firing rounds at protesters in the street Monday night appears to be part of an extremist militia group that set up shop at a few places in town, including some sort of car dealership … where a cameraman caught him on film before the madness erupted.

You clearly see it’s the same guy with the backward hat — he’s standing guard at the facility with another rifle-bearing man … and they both say they’re locals doing their duty.

I interviewed the alleged shooter before the violence started.

Shortly afterward, the camera catches a few armored police vehicles rolling by and seemingly telling the militia group to scram, specifically telling them to move south. However, the cops don’t let these boys leave without some replenishment first … as in a few water bottles.

Check it out … you see the “vigilante” in question run over and interact with some officers to retrieve some water for the crew — and you even hear a cop say they appreciate what these guys are doing. Hard to say if they were actually teamed up in a concerted effort to ward off would-be looters, but the cops certainly sanctioned this set-up, unofficially at best.

This connects to later that same night … when the same man — who allegedly shot at multiple people, and killed two — ran up to and eventually past these same armored vehicles, and wasn’t stopped or apprehended. If anything, they seemed to recognize him.

If this is the protocol going forward, we’re in for more bloodshed … that much is almost guaranteed.

Harry Styles Drives Sports Car, Speedboat for New Music Video
Watchmen Season 2: Everything We Know
THE MACABRE: A Horror Anthology Raises over 30K on Indiegogo in less than a day, with 20 days to go!
Upcoming Margot Robbie Movies: What The Harley Quinn Actress Has Coming Up
Film Review: Hollywood Horror House (Savage Intruder) (1970)