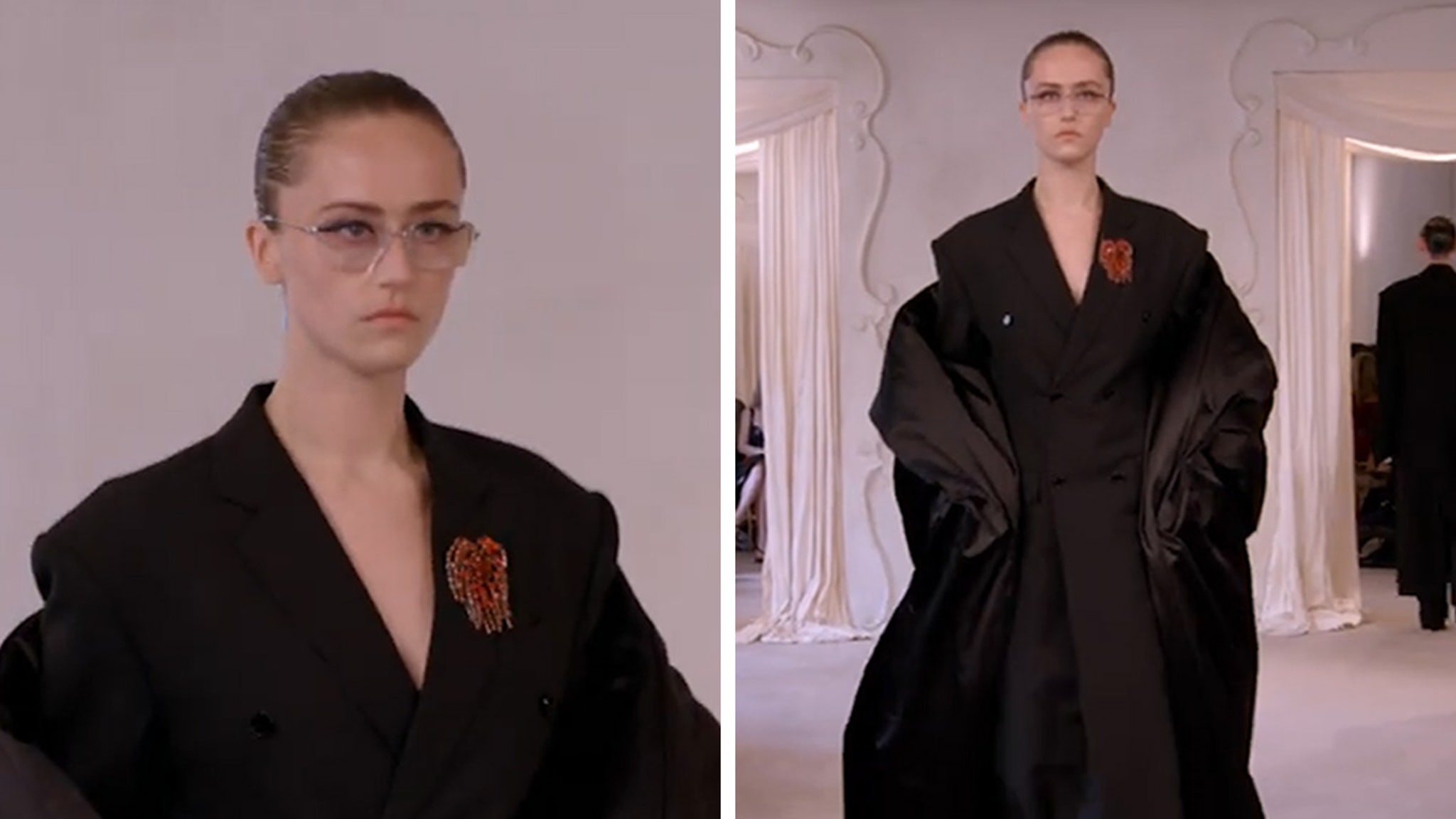 Kamala Harris‘ stepdaughter is making international headlines for all the right reasons … as she makes her Paris Fashion Week debut for Balenciaga.

Ella Emhoff, the Second Gentleman’s daughter from a previous marriage, hit the runway Wednesday for Balenciaga couture’s Fall/Winter 2021/2022 show. Ella’s got that stern, deadpan model look down pat, and wore it well with an oversized black suit and shawl.

If it seems like the Veep’s stepdaughter was invited merely because of her newfound connection to the White House … we’d have to say, it didn’t hurt. Ella turned heads with her fashion at the Inauguration, and it was there where she reportedly attracted honchos at IMG Models.

Fashion fans probably recall her Miu Miu tartan coat and burgundy moiré dress by New York designer Batsheva Hay — or you’re like us, and just had to look up what a “moiré” dress is.

Shortly after her debut on Inauguration Day, Ella signed with IMG Models and made her fashion runway debut in February for Proenza Schouler at New York Fashion Week — and then landed her first cover for a European fashion magazine.

Point is … it looks like a few Secret Service agents are gonna be learning way more about fashion than they expected.