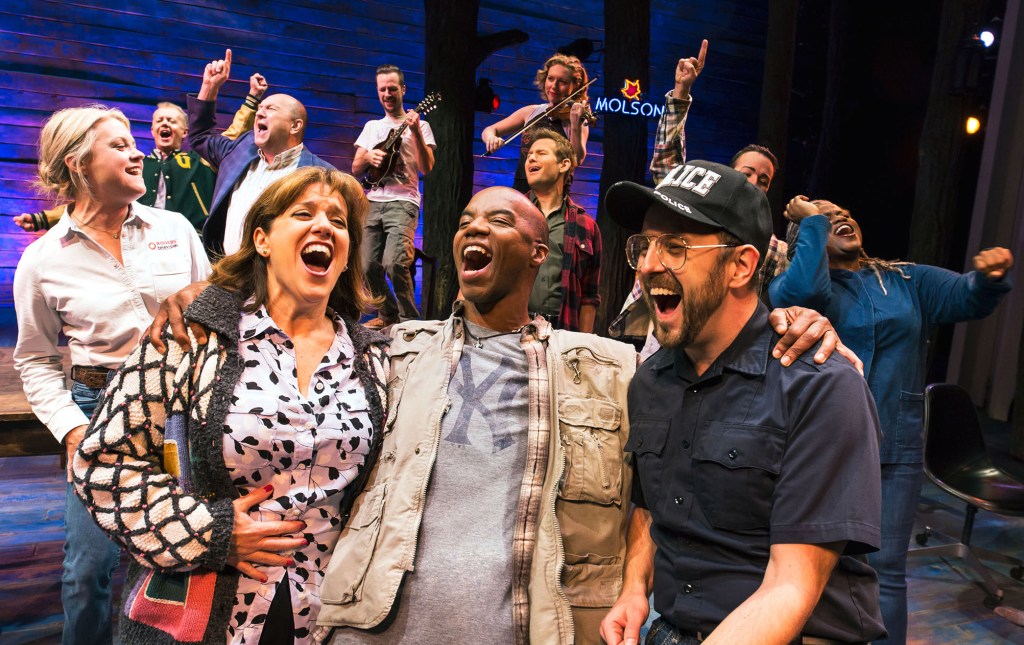 Come From Away, the Tony- and Olivier Award-winning musical, will return to Broadway’s Gerald Schoenfeld Theatre on Tuesday, September 21, producers announced today. The reopening will mark the acclaimed production’s 1,251st performance.

“This is a historic moment that will unite us all as we celebrate what is at the heart of our story: kindness, generosity and gratitude,” said lead producer Junkyard Dog Productions in a statement.

As with all other Broadway productions, Come From Away halted performances on March 12, 2020, due to the Covid pandemic shutdown. New York Gov. Andrew Cuomo gave the go-ahead last week for Broadway’s reopening at 100% capacity in September, providing the productions meet current safety protocol guidelines.

Tickets are on sale today, with the playing schedules as noted at the purchase site.

Telling the true 9/11 story of 7,000 airline passengers stranded in a small Newfoundland town, Come From Away began performances on February 18, 2017, opening on March 12 of that year and playing to sold-out houses until the shutdown, which came on the production’s third anniversary.

Last month, Apple Original Films announced that it would stream a filmed performance of the show later this year on Apple TV+.

Directed by Christopher Ashley with choreography by Kelly Devine, Come From Away features a book, music and lyrics by Irene Sankoff & David Hein. Prior to the start of the pandemic, the musical’s global productions included New York, Toronto, Melbourne, London and a North American Tour. The show is currently running in Australia and will return to the West End’s Phoenix Theatre in London beginning July 22. Return dates for the Toronto and National Tour productions will be announced soon.