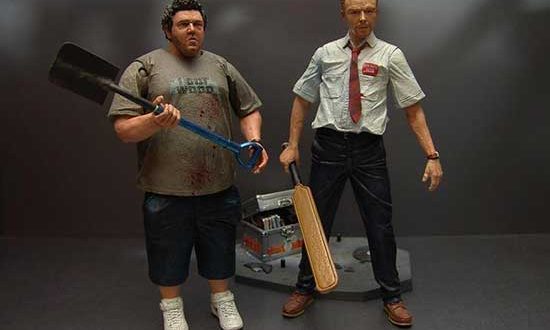 Small-market NHL teams can win the Stanley Cup, so why can’t a small-budget flick win the hearts and minds of hockey fans and horror film fans alike? That’s the objective of Ahockalypse, the first movie to put zombies on ice.

“Shaun of the Dead” by Joriel ‘Joz’ Jimenez is licensed under CC BY-NC-ND 2.0

Part Goon, part Shaun Of The Dead, Ahockalypse is the first crossover between hard-hitting hockey and brains-eating living dead.

Some of the zombie movies are such a big success that they can be considered for awards, like the Oscars. Sportsbooks all over the world follow that and they even offer promotions for the gamblers on this kind of event.

Ahockalypse was never going to win any Oscars – the movie version of the Stanley Cup – but if you like hockey and horror, it’s well worth 90 minutes of your time.

At the outset of the film, the Prairie Kings arrive at the rink prepared to face off with the Ice Cats and fight for the championship. By the end of the night, they’ll find themselves fighting for their lives.

In this case, sudden death has nothing to do with overtime hockey. Unbeknownst to the players on the ice, the zombie apocalypse has taken place during the game, Members of the visiting Ice Cats begin to exhibit signs of the infection during the game, leading to a rather chaotic post-championship celebration.

One of the writers who worked on the Ahockalypse script was Craig Patrick, owner of the Austin Bruins, a Minnesota-based team in the Tier II North American Hockey League’s Central Division. It wasn’t the first horror movie for Patrick. He’d previously worked on films such as Ibiza Undead, Heretic, and Black Creek.

Patrick had always sought to do a zombie-hockey comedy that would combine his two loves. “I thought it would be fun for the fans,” Patrick told the Austin Daily Herald.

Due to Patrick’s hockey connection, there was a similar element to Ahockalypse and the 1977 hockey cult classic Slap Shot. Slap Shot was filmed on location in Johnstown, Pa. and several members of the North American Hockey League’s Johnstown Jets filled roles in the film. The Jets’ home rink, the Cambria County War Memorial Arena, was the location for many of Slapshot’s hockey scenes.

Riverside Arena, home to the Bruins, was the setting for all the hockey scenes in Ahockalypse. Several of the Bruins players filled roles on the two competing teams in the championship game.

Slap Shot had the bruising Hanson Brothers who were a fighting bunch. Ahockalypse has the undead, who are a biting bunch.

Ahockalypse was filmed entirely on location in Minnesota and Wisconsin. Director Wayne Johnson Jr. was also on board with combining the two genres of fast-paced hockey and fright-filled zombies.

“I like the idea of combining the zombie genre with hockey,” Johnson said. “Craig reached out to me and said he had a team and an arena to shoot in. We got a nice reception. The people of Austin were cool.”

“Olympic Hockey: The Riverside Arena” by simononly is licensed under CC BY-NC 2.0

Ahockalypse isn’t subtle about its humor. It’s clearly over the top and often not contained within the realm of political correctness. But anyone who’s spent any amount of time within the confines of a hockey dressing room will confide that it’s not exactly beyond the realm of reality for hockey players to behave in such a manner.

What is subtle about Ahockalypse are the many pop culture references interspersed within the film. There are a couple of nods to Home Alone but perhaps the best dig comes during a bench-clearing brawl between the Prairie Kings and the Ice Cats.

Whilst every other player is paired off in hand-to-hand combat, two opponents lean on the boards, yukking it up like old pals. As the camera pans behind them, the names on the back of their respective jerseys are Putin and Trump.

The film features a team mascot who is a zombie-smashing Kung Fu expert and it also offers cameos from a pair of well-known former NHLers.

Rugged ex-NHL tough guy Kelly Chase appears in the opening scene. Relaxing in his home and apparently engaged in a phone conversation with former teammate Brett Hull, Chase is disturbed by noise in the hallway.

Opening the door, he’s confronted by a zombie who bears a striking resemblance to NHL On NBC analyst Pierre McGuire (it isn’t him). Chase shuts the door and runs to a back room to grab his hockey gloves and stick. Returning to the hallway, he drops his stick and mitts and proceeds to fill in the faux McGuire.

Near the end of the film, a bus appears and runs down the pretend Pierre. As the bus door swings open, the driver is none other than former NHLer and current ESPN analyst Barry Melrose.