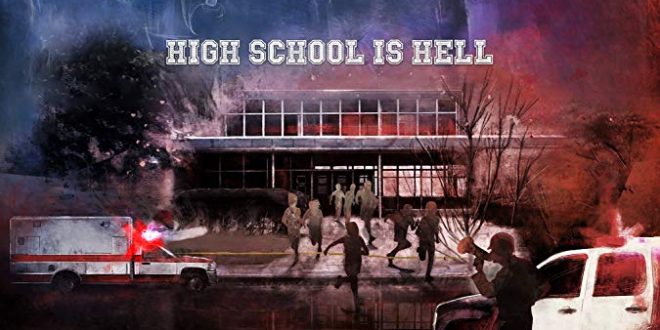 Artsploitation Films has announced the acquisition of two new genre films: The Dead Ones, an American Indie horror directed by Jeremy Kasten and the award-winning sci/fi-horror Dead Dicks. Both will be released later this summer on DVD/Blu-ray and VOD/Streaming.

Dead Dicks
Synopsis:
When Becca receives a series of panicked messages from her older brother Richie, she rushes over to check on him. Following a seemingly successful suicide attempt, Richie, who suffers from mental illness, has discovered what appears to be his own dead body. And soon, they find several more dead versions of Richie and together, try to figure out how he is being reborn each time he takes his own life and is it all caused by that pulsating wall orifice in his bedroom? Cronenberg meet Bunuel.

Directed by Chris Bavota and Lee Paula Springer, Dead Dicks received its World Premiere at the 2019 Fantasia Film Festival where it won the Audience Award for Best Canadian Feature. Critics have called Dead Dick, “A breath-snatching gore and horror..wildly entertaining” (Pajiba); “One of the most touching, powerful, emotional tales I’ve ever seen in horror cinema” (Nerdly); “An ingenious and imaginative slice of genre cinema” (Backseat Mafia); and “An uncommonly smart, engrossing and dramatically ambitious independent horror/drama” (Rue Morgue).

The Dead Ones
Synopsis:
For four outcast teens, summer detention means being assigned to clean their high school after a horrific incident. But they are not alone; a macabre gang wearing guises of The Four Horsemen Of The Apocalypse – Famine, Pestilence, War and Death – has locked them inside and is hunting them through the school’s ravaged hallways. As the four students battle to survive, each must confront the supernatural echoes of past traumas they have struggled to forget – and may be condemned to relive.