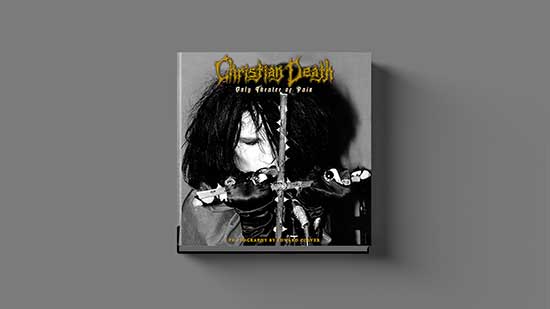 Cult Epics will be producing a photography book of legendary punk-rock photographer Edward Colver photographs of Christian Death from 1981-1982 during the incarnation of the album Only Theatre of Pain. Cult singer, poet, artist Rozz Williams hanged himself after the edit of PIG, the film I shot with him in 1989, we would like to dedicate this book to his ongoing legacy.

This is the second book I am doing on him, the first being The Art of Rozz Williams: From Christian Death to Death (Last Gasp 1999 SC, Cult Epics 2017 HC) both now out of print.