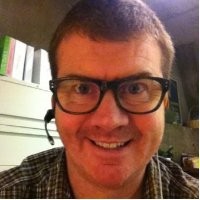 How do you factor in the new industry rules of COVID-19 when writing a screenplay? Any tips?

No sure there are any rules that anyone can play by right now that could make sense of what all of this is or means. The movie making (and TV making) industries have basically ground to a halt, so any kind of speculation on what works and what doesn’t is just that… speculation. However, with the way Scandinavia and other more remote industries have been getting back to work, I would suggest looking to less locations, less characters. I have a script right now going out through my manager that is a single location creature feature. Of course, I started work on it BEFORE COVID 19, but projects like this may be more attractive given that they will be easier to marshal in terms of crew and environment. Would also consider (not that I would being a horror fan and all) that the changing face of the audience may trend toward uplifting fair.

I think as a new screenwriter that’s where I would be looking to make and impact. Will always want polished, high-concept, well-written projects with believable three-dimensional characters, but again… we are dealing with a unique situation. Some studios are still developing what they had in their kit BEFORE COVID hit because they are already invested, but who knows when the strength of the box office will return. And even when it does, there will be a dearth of product that were already on slates that need to find release dates. My advice… look to the streaming world.

Well probably not the Contagion or Quarantine model, but certainly I think movies like Searching opened tech doors with a way of telling stories through various technological POVs. You might see a subgenre emerge that is entirely set in the Searching, Unfriended type world told through the eyes of confined lenses used in at-home found footage models… is it possible we could see a small found footage resurgence? Sure. Why not. Capture the zeitgeist, I say.

What is a common mistake that you see made in horror screenplays?

The most common is the lack of originality when it comes to a certain plot point or jump scares (although to be fair, bad jump scares are usually a studio exec or directorial issue). Reinventing the wheel isn’t easy because there have been so many successful subgenres and types of moves now… but some wheels can be reinvented if you are willing to find that twist or turn that elevates it. Trying to write like someone you admire only ever becomes mimicry. Emulation of another story or style isn’t fresh… what IS fresh is a voice that lives in the same space as those they admire without ripping them off. It’s fine to want to write in the same tone, but try to elevate the style, concept and voice ABOVE that which you aim to pay homage too. AND like any screenplay (not just horror), spend some time on character development. It’s fine to want to scare and thrill but if we can’t connect with the emotional core of the story you’re telling then we won’t care either way.

Should you factor in a budget before you actually write a screenplay?

No. Absolutely not. Not a writer’s job to focus on budget of a story. Writer’s job is to tell the story using all the tools they have as a writer. Now it doesn’t hurt to KNOW budget and what certain limitations might be when you’re writing. For instance, there’s no point these days (in my opinion) writing a big budget superhero movie if you don’t control the IP. However, when it comes down to the authentic job of a screenwriter, take the budget out of it and simply write your story. If it’s strong enough then it will find a home even in today’s crazy market.

What is a realistic budget for an indie filmmaker writing a screenplay?

Again, I’m not sure the budget consideration should come first when writing a story, BUT the question is totally relevant if you want to be realistic when trying to raise private equity for a film. Packaging is a tricky job which is why there are management companies or full-service agencies doing most of it. But if you are trying to do it yourself then you want the smallest budget possible which is where focus on a tight, single location, well-developed characters in a tense plot comes into play. The Blair Witch and Paranormal Activity franchises achieved this without dedicating massive amounts of the budget to CGI. They made a lot of money because those filmmakers thought outside the box in tone and style while using the smallest budget. If you’re a horror fan, then you know how terrifying those movies were just because of the mise en scene creation.

What types of screenplays are the most sought after?

Screenplays that can be done cheaply but have an emotional core. No matter what genre you are writing (even if mostly plot driven) there has to be a heart we can invest in for the journey of those characters. ANY well-written blueprint that’s clearly been sweated over for those elements will eventually find a home. I read too many screenplays that have obviously only be rewritten a couple of times before the writers send them out… all you do is burn bridges that way.

If we are talking types of genre that are sought after, hard to say in this market sometimes. COVID-19 has twisted an already chaotic industry further. The superhero type of Marvel are only ever written by established writers BUT who knows what will come out on top after this. I don’t. I DO know I am always trolling for an original horror movie that elevates because of the time given to creating three-dimensional characters that we can care about.

How many pages is a sweet spot for a screenplay?

Depends on who the writer is but if it’s from an unknown new screenwriter then you wanna be looking between 90-100. Attention spans are shortening as more content is becoming available (take Quibi for example). We want to consume EVERYTHING. Difficult to get a 120-page draft through the doors these days unless an established writer sends it.

Who are the top screenwriters in today’s movie world?

This is totally subjective of course and there’s no way you can simply award that to one person. I think Ava Duvernay is a special storyteller. We are currently halfway through a Sam Raimi movie at Screen Gems (before COVID shut it down) called ‘Shrine’. It’s adaptation of a James Herbert novel and is being written by Evan Spiliotopoulos. Probably one of the best first drafts I’ve ever read. Gonna be a great film… when we can finish it. 😊

I also think Blair Butler (Polaroid, Hell Fest) is a special talent. She is writing a project for us, so I have a firsthand look at what she can do. Very talented.

Ultimately anyone who can sit down and dedicate themselves to finishing then polishing a screenplay gets my vote. It’s hard.

Do you think the events of 2020 have changed the film industry forever?

Oh God yes. Streaming companies are now totally in the box seat. Even studios are taking Zoom meetings with HBO Max, Amazon, Apple and Netflix to see what content they have been developing might fit better into those models. We’ve even had some execs exit in order to pursue those avenues as I believe they’re probably the future more than the theatrical experience. And if Katzenberg has any sway (which he does) I would say you will also see more companies like Quibi popping up using that model to align with major corporations to create content for mobile services.

Is the theatrical distribution biz dead? No. But it will get smaller, more focused on certain genres and only be available to bigger Disney-type fair. An indie film isn’t going to draw me toward a theatrical experience right now… it rarely did. Now that there are so many other choices in the release platform area, you will see a change…

If you’re an indie producer, look to the streaming world and keep those budgets down. Low.