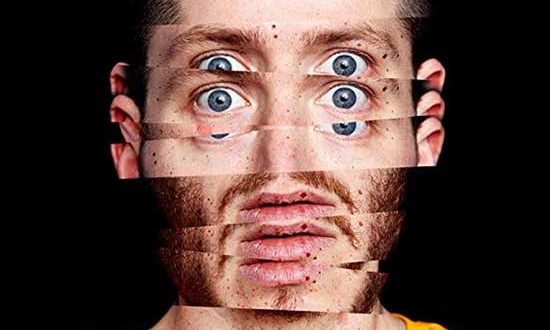 After Becca receives a distressing call from her suicidal brother Richie, she rushes over to his apartment and finds him alive and well – surrounded by copies of his own dead body.

Having been accepted into a graduate nursing school, Becca (Jillian Harris) is feeling on top of the world. However, there’s one problem and it comes in the shape of her brother, Richie (Howard Horwin). Whilst Becca is obviously enthusiastic about taking that first step towards a new life, it does mean leaving her suicidal brother behind to fend for himself.

With several missed calls on her phone, Becca musters up the courage to tell her bro the good news. Almost as if fate was addressing her worst fears, arriving at Richie’s apartment, Becca finds he has already suicided. Racked with grief, you can imagine her surprise when another very much alive Richie enters his living room, naked and eating cereal. Upset and confused, Richie explains that this isn’t the first time that it’s happened to him that day. Once dead and now alive, Richie shows off the process that appears to be keeping him, for want of a better word, immortal.

Perhaps more sci-fi than horror, Dead Dicks’ outlandish reasoning behind Richie being kept alive despite his best intentions is overshadowed by the heart of the film. And that’s not meant as a criticism.

Richie and Becca’s lives have been a tapestry of codependence. After their parents died, Becca has taken it upon herself to look after her brother and his additional mental health needs. Going to nursing school is a chance to do something for herself, but once again Becca has to put her needs to one side. The piling up of bodies in Richie’s flat are a metaphor for the times Richie, intentionally or not, has taken advantage of his sister’s good nature. After each episode, whilst Richie is able to get up and get on with his life, it’s up to Becca to tidy up the pieces.

Not that Dead Dicks makes Richie out to be a bad person. Far from it. Richie is a man tortured by his mental health. He knows he’s become a burden to his sister and would do anything to stop it. So, once the fog sits in and Richie is alone with his thoughts, his go-to to end the suffering for both of them is to end himself.

It is a common misconception that people who suicide do so because they are selfish and don’t want to seek help. The reality is that a lot of them can’t think of any other way out. That’s reflected in the film as Horwin plays Richie as a human being and not some Hollywood portrayal of mental health issues. You can understand why Becca might want to throttle her brother herself, but you also see the love they have for each other outshines anything they have to go through.

Whilst the film is largely strong for most of its running time, there are moments that belie its overall tone. When Richie’s neighbor Matt (Matt Keyes) enters the scenarios as a sort of big bad for the piece, it distracts from the journey the siblings are going through. Likewise, the film’s ending is depressingly inevitable, but overstays its welcome by becoming a protracted metaphor for rebirth.

Built on a modest budget, Dead Dicks is more poetic and emotional than its euphemistic title would suggest. In the wrong hands, this could have easily become a Weekend at Bernie’s flavored exploration of mental health. Instead, it feels honest and realistic. Enough so that it’ll probably have you reaching out to that pesky brother or sister of yours simply so you can tell them that you love them. And given the state of the world, that’s not too bad an outcome, eh?