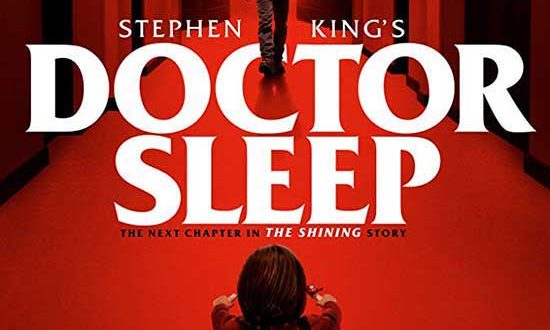 Years following the events of “The Shining,” a now-adult Dan Torrance meets a young girl with similar powers as he tries to protect her from a cult known as The True Knot who prey on children with powers to remain immortal.

Full disclosure, The Shining is one of my favorite films ever. It is amazingly shot, has an incredible score and is scary as hell. It is also a terrible adaptation of the novel by master of horror Stephen King. It bears little resemblance to the story to the novel but still stands on its own is one of the most iconic films of all time. Director Mike Flanagan had a huge task to take on in adapting Doctor Sleep, especially since it is an adaptation of King’s novel and a sequel to Kubrick’s film. Flanagan is no stranger to adapting King’s materials. Just last year he directed Gerald’s Game for Netflix, a book that for years was said to be unadaptable. So to me, he was the best part to tackle adapting the sequel to one of the most iconic horror stories in modern history.

The film follows  Danny Torrance, now going by Dan. (Ewan Mcgregor) Dan is all grown up and still living with the horror of his experience at the Overlook Hotel. Due to that trauma, Dan no longer uses the shine for fear of attracting other malevolent forces like the Overlook. Like his father, he is an addict who self medicates with alcohol. He is in so much pain and just wants to dull the pain, and isn’t getting the help he needs. McGregor gives a stellar performance as Torrance. You can feel his pain and suffering in his facial expressions alone.

It is clear that the shine is a curse to him, he’s constantly bombarded with other people’s thoughts, spiritual manifestations, and his traumatic past. The only time he can shut it off is when he’s drunk. Seeing him in those moments of pain and trauma highlights just how awful addiction is to deal with, especially for someone with no one in their life. When he does decide to get sober at the beginning of the film, you are on his side and rooting for him in his recovery. It is when he does this that he decides to use his shine to help others. There are some truly touching scenes in his movie of Dan Torrance working as an orderly in Hospice. Whenever a patient is on their deathbed and in pain, Dan uses the shine to ease their suffering and help them go to sleep. This leads to the patients giving him the titular nickname, Doctor Sleep. These scenes will certainly move anyone who has lost someone to a terminal illness. McGregor was stellar in this film I cannot stress that enough.

Everyone in the cast did a fantastic job but the other real standout of the bunch was Rebecca Ferguson as Rose The Hat. Rose is the leader of The True Know a band of psychic vampires who feed on psychic energy, which they refer to as steam to live forever. They find people with the shine, specifically children and drain every last bit of energy out of them, killing them most horrifically. These scenes were the most haunting of the film as the victims of Rose are all innocent children. What makes Rose so compelling is how multi-layered she is.

She has a striking beauty but at the same time, you can feel how powerful she is just by how she presents herself. Like any great vampire, Rose comes as an apex predator, powerful and in charge. She also is so incredibly creepy any time she is luring in a victim, also greeting them with her pleasant Irish accent, “Well hello there”. Her voice may sound pleasant but in her eyes, she is looking at them like a wolf looks at a sheep, as food nothing more. Even though she is an incredibly powerful villain and a monster, like most Stephen King villains you can still see the human elements in her character. She has a lover she cares for very deeply, and it feels very real. She is sure to go down as one of the great Stephen King villains alongside Pennywise The Clown and Annie Wilkes.

The performances in this film are great to be sure and there are other amazing actors in this film. But the real MVP of this film is it’s director Mike Flanagan. When he announced he was adapting the book he said it would be set in the universe of Kubrick’s film, but be an adaptation of King’s book and take elements from the first book. That sounds impossible but he pulled off masterfully. There are so many great shots in the film reminiscent of The Shining, but it never feels like he is copying Kubrick, Flanagan is paying tribute to what came before and also doing his own thing. The entire movie is truly a beautiful movie just to look at and take in. Flanagan is in talks to adapt more King stories to film, and for all our sakes I hope he does.

Doctor Sleep was everything I wanted it to be and is currently my favorite film of 2019. It is a worthy sequel that stands on its own. It is scary, fun and dramatic. Ewan McGregor gives us a truly compelling and sympathetic hero in his performance. While Rebecca Ferguson gives us a complex and truly scary villain. While I do appreciate the scares and fantasy of this story, it was its dramatic elements that worked for me. The story is a dark fantasy story for sure, but it is also an impactful story about overcoming trauma and addiction. Like many King stories, it has a recurring message. When you are confronted with the evils of the world, don’t keep your eyes on the ground and hide, make your stand and fight. And shine, shine on.