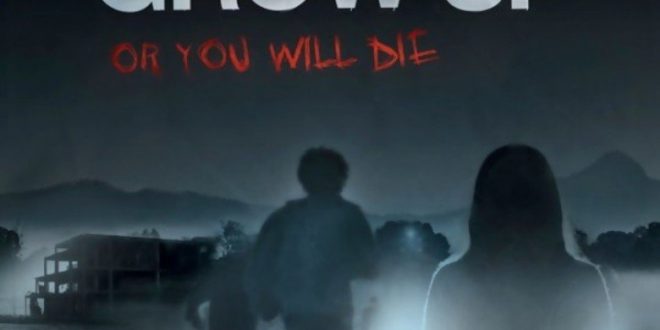 The story about a group of youths who can’t face the thought of growing up because anyone who does becomes a rampaging zombie.

Not everyone will enjoy French director Thierry Poiraud’s English language debut DON’T GROW UP. It’s almost like an adolescent’s 28 DAYS LATER but not nearly as action-packed or suspenseful. It’s interesting in the sense we haven’t really had the opportunity to see a film that takes a serious look at how teenagers would handle an apocalypse. It also delivers a nice twist, it’s only the adults who are turning into rabid zombies. It doesn’t always work and what worked most effectively for me may not do the trick for you. Either way, DON’T GROW UP has much going for it, I’m just not sure it’s enough to earn classic status.

The story begins in an orphanage where a group of teens realize they have no particular supervision on that particular night. They don’t really worry too much about where everyone is they just decide they’re going to explore a bit. They get into some liquor, bully each other, and go out for a stroll. Once outside, things seem a bit off but they still head forward and break into a closed grocery store. There, they do exactly what you would think a group of unsupervised, troubled teens would do, they start to steal stuff. Things go from mischievous fun to full blown anarchy when they’re attacked by some grown-ups who themselves seem to break into the store. These aren’t concerned citizens trying to do a good deed, they’re out for blood and will do anything to get it. The orphans make their way to safety but for how long, no one knows. What constitutes being an adult and why is it only adults who seem to be affected by something? When one of their own becomes affected, what is it about him that classifies him as an adult? These are all questions they need answers to but in a world on the brink of destruction, they may never have time to learn the answers.

The interesting thing to me about DON’T GROW UP is how most critics and audiences seem to prefer the first half of the movie to the second. The first half deals predominantly with getting to know the teenagers, who they are, what it is they will have to face. For me, it worked as a nice setup.

The second half, things have happened and the group really isn’t much of a group anymore. This half deals more with the relationship between Bastien (Fergus Riordan) and Pearl (Madeleine Kelly). The whole second half of the movie is more teen drama than thriller and there was something really interesting to me about that. The interaction between them felt very real and the way it all develops during an apocalypse was quite mesmerizing. During this portion of the film, you also begin to care for these characters and you’re invested in them. The rest of the cast is also very good and as a group, they do have a chemistry with one another.

Poiraud’s film is very good but it tends to feel a bit uneven. The pacing is off, it opens slow, amps up tremendously, slows down, amps up again, then fizzles a bit. It’s up, down, up, down, and these sporadic jumps in tone don’t always work as a whole. It didn’t feel focused enough but that doesn’t make it a bad film. I love how the dialogue feels real, how the stupid decisions the teens make affects them under the circumstances within the film. It’s never a dull ride and the young cast are totally up to the task of giving their all for their craft. Poiraud’s take on the material is a unique vision and it has some brilliant ideas. Every moment in the film works in its own way though the pacing should have been adjusted a bit. Not perfect by any means but DON’T GROW UP is time well spent in a world where the children survive and the adults are the hunters. There are many great ideas that could be explored within this particular world so hopefully this isn’t the last time he visits it. ***1/2 (out of 5)