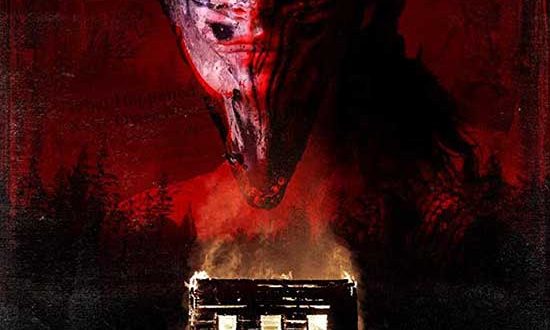 A detective investigates her father’s dying words; the name of a girl who has been missing for 9 years.

A trend is appearing in indie horror films. The horrors within our own world, meaning our social connections, our friends, our family, and ourselves, are replacing the standard supernatural elements that have been the go-to for most horror films in the last few years. A prime example would be “Strange But True” in which a seemingly supernatural event has a rational explanation that reveals a very real monster.

“Hellmington” follows that trend. As a result, the film is more of a slow burn, carefully inching back the curtain until the final reveal. Do not expect jump scares. This film attempts to crawl inside your head by giving the viewer a relatable character to follow.

Samantha Woodhouse returns to her hometown at the request of her uncle. It seems her father’s health has taken a radical turn for the worse. Not that Samantha is doing so well herself. She is emotionally and mentally gutted by the loss of her young daughter due to a house fire.  Either she lost her husband to the same fire or the loss destroyed the marriage; either way, she is alone in a bubble full of pain, loss, doubt, and self-blame. Now, she has to face the coming loss of a father from who she has taken great pains to distance herself, even though she has followed the family tradition of careers in criminal justice.

Just before dying in front of Samantha, her father abruptly sits up and emphatically utters the name “Katie Owens” as if it has some meaning. It does. Katie Owens disappeared shortly after the senior prom the same year Samantha graduated, and the girl has never been seen since. 9 years have passed. Why would her father bring up a name from the past?

As the film progresses, we learn Samantha has a connection to Katie. More than one. In fact, Sam discovers that her life and Katie’s were more intermingled than she had ever realized. She ignores her uncle’s warnings to leave the whole situation alone. Samantha begins to question her past as she uncovers its buried pitfalls.

Then there are the cloaked people wearing animal skulls who seem to appear as if they are ghosts, and they are all interested in Samantha.

By the time Samantha learns the whole truth, she will realize that the pain she has suffered so far is only the beginning.

“Hellmington” makes for a good horror movie, as long as you aren’t looking for some costumed boogey man and/or gory set pieces. It takes human pain and pettiness, weaves it together, and then proceeds to wring as much horror from it as possible. As the cartoon character Pogo is quoted as saying, “We have met the enemy and he is us.”

A film of this nature hinges on two major elements: actors capable enough to fill their roles and a well-developed script.

To be honest, there doesn’t seem to be a bad performance in the entire film. The supporting cast could easily just be the people they are portraying. They look and act like the average folk you see in most smaller towns, from the lived-in clothes to the age-stained walls of their homes, and each of them distrust strangers as well as having suspicions about their neighbors. In such an environment, people you may only know by sight might know more about you than Google, and many secrets swirl under a calm façade. The characters show their public face at the beginning of the film; by the end, the secrets will alter how each person is connected to the main story as well as irrevocably alter Samantha’s perception of a past she thought she knew.

Michael Ironside proves, yet again, that he is a master of his craft. As with certain other actors, he provides insurance for any movie he appears in. How so? Simple. You know he will give an excellent performance, even if the script is lacking. In “Hellmington”, he has a fine character to dig into with lots of withheld exposition that is offered up a piece at a time. With each new fact, the audience will see the character in a different light, and Ironside keeps pace without falter.

The best thing the entire production has to offer is Nicola Correia-Damude, who becomes Samantha Woodhouse. Her performance as the emotionally-stripped main character borders on perfection. You feel the weariness with which she moves at the beginning of the film; she has no reason to live, yet she wakes up every morning, still alive and still very much alone. She functions through the everyday rituals of life even though she has no desire to participate. Even more amazing is that, according to the filmmakers, Nicola worked through 6 to 10 pages of script a day. A pretty amazing feat even for a subpar performance, but it becomes mind boggling when you realize the emotional dissonance between where her character is as the story begins and where she ends up when all truths are revealed. Also, according to comments from the other cast and crew members, she nailed most scenes in one take.

While it would be a delight to dive in and discuss the strange complexity of the script, there are so many little scenes and moments in “Hellmington” that it would be criminal to forewarn you about. The slow reveal of each part of Samantha’s journey and the unknown past as they slowly come together give the movie a sensation of lifting you to a new place, but, in the end, you are down in the pit of insanity where Samantha finds herself trapped throughout the film. Considering the script was reworked from the original version of the film, which was a documentary-like short discussing the missing Katie Owens and how the community has dealt with the disappearance in the following years, the writers created an intelligent and carefully structured and more conventional narrative that still discusses the disappearance while developing characters who add emotional weight to the events that unfold.

“Hellmington” is a definite recommendation. Not only is this an excellent small-budget indie horror film, but it is a showcase for the acting of Nicola Correia-Damude and the well-rounded script by the writers. Support the filmmakers with a rental or even a purchase of a physical copy, and they might be able to fund a new project.