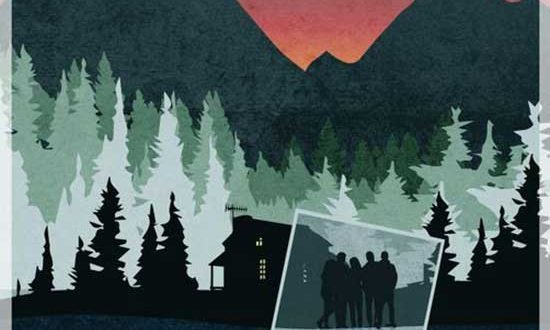 Five friends go on a weekend getaway to a cabin in Upstate New York, where time and space begins to function without reason, only to slowly turn them against each other one by one.

As we all know, going to a cottage in the forest suggests a delightful weekend away. Going to a cabin in the woods can only lead to terrible things. And terrible things certainly happen in Lake Artifact, the second film from Bruce Wemple (Altered Hours).

Lake Artifact is a disorientating film in both plot an execution. We begin in the 1950s with a man being stalked through the woods before being killed; his death caught on camera Wemple, who also wrote the film, switches to a documentary format as we’re introduced to members of the Hand of God, a local cult based near Paradox Lake, the backdrop to later events. We’re also introduced to cult expert, Dr Alert Clarkson (Rick Montgomery Jr), who knows a thing or two about what happened at Paradox. Then, assuring that we don’t get used this documentary aesthetic, Wemple jumps to found footage to introduce our players: Kip (Chris Cimperman, Mixed Boy Toy), Megan (Anna Shields, Point Society), Grace (Catharine Daddario, Monstrous) and Thomas (Thomas Brazzle, Monstrous).

This gang of twenty-somethings is off to the woods for a booze-filled weekend. When their car breaks down on route – leading to Wemple switching to a more cinematic approach for the narrative (seriously, it’s distracting) – they are saved by a passing drifter, who also happens to be called Thomas (Dylan Grunn, Whelm). While Drifter Thomas appears to be – as the kids would say – shifty AF, the group invite him to join in their festivities.

One drunken night later, everyone wakes up hungover and Kip goes off in search of food. While he’s gone, the others find a picture of themselves hanging out at the lake. What’s disconcerting is that not only does no one remember posing for it, but it’s not clear who took it. Further pictures suggest that the gang are being watched by strange figures in the trees. To add to their confusion, an old man turns up on the scene claiming to be Kip. Did you get all that? Good, because that’s about as basic a plot summary as you can give for a film that twists and turns like a pretzel.

If you were a fan of Christopher Smith’s Triangle or James Ward Byrkit’s Coherence then you’re going to get a lot out Lake Artifact. Wemple, who also wrote the screenplay, refuses to spoon feed his audience. Things happen, people die, the world collapses in on itself and if you’re not keeping up then tough luck, kiddo.

Does that mean it’s a good film? Well, while Lake Artifact’s insistence on no clear answers will keep you engaged enough for most of its runtime, it’s hard to ignore the fact that there are too many plot threads left dangling once the credits roll. Indeed, Wemple seems to know this and raises the possibility of a sequel in a little stinger scene. This might be a mistake on the director’s part though. Lake Artifact is so convoluted at times, the prospect of diving back into this cinematic House of Leaves is not a tempting one. No one is suggesting that the film should have a linear structure. After all, Lake Artifact works at times because it keeps your brain ticking over. However, if the Hell House LLC sequels have shown us anything, it’s that you can drown under your own world building nonsense.

Your mileage is definitely going to vary on this one, and no doubt you don’t want to be the guy that brings this to a movie night for Halloween. However, if you’re looking for something to get the little grey cells ticking over, you could do worse than watch Lake Artifact.