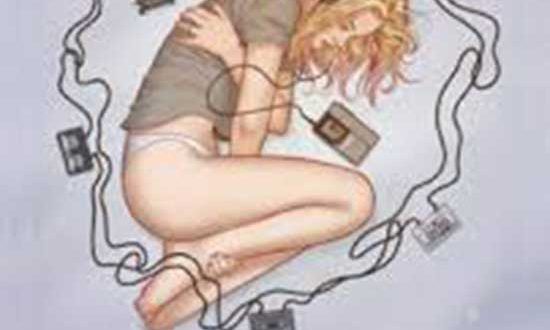 A unique, intimate portrayal of a girl grieving for the loss of her best friend, which just so happens to take place on the day the world ends.

Starfish is the product of writer, producer, and director A.T. White released under the team of CAV and Altered Innocence. A film that has received great critical acclaim is a product of it’s own that won’t grab you instantly with special fx and action sequences. No, this is a unique product that feels slightly avant garde in style.

What can you say about Starfish? It’s enigmatic, it’s melancholy, it sort of feels like a sister product to “A Quiet Place” (but isn’t). It’s a film that embraces its slow grind approach by revealing information in small batches.

It all begins and seems to center on one individual Aubrey, played by actress Virginia Gardner (you might recognize her from the TV series “Runaways” and several films such as “Halloween” (2018) and “Project Almanac”)

Aubrey has arrived for the funeral of her best friend Grace, who resides in the small town of Leadville Colorado. Grace has passed away, though Aubrey is about to embark on a rather unexpected surreal journey as a result of it. As she prepares to head home she is approached buy a lady who claims that Grace was supposed to send Aubrey a mix tape. Aubrey now confused heads to her old friend’s apartment and takes root for the night.

That same night, the world appears to have changed as Aubrey awakes to a cold winter morning, one that appears to be the setting for a desolate lifeless town. Alone she begins to investigate Grace’s apartment while also receiving a mysterious phone call. The investigation leads to a series of clues suggesting that Aubrey (now holding the 7th mix tape) needs to find the remaining 6.

While this adds a bit of oddity of the story, things have really only begun as creatures begin to emerge. Aubrey who tends to float between her imagination and reality soon discovers that alien creatures have passed thru a doorway opened per way of signals and sound waves. As she follows the clues, Aubrey begins to locate the set of tapes hidden in various locations throughout town. If that all sounds a bit odd, then you’re exactly right, it’s a weird way to segue into a science fiction piece.

Monsters that reveal themselves appear to be a combination of creatures you might see if you combined the films of “The Mist“‘, “Feast” and “Silent Hill“, (which only add an intensity to the mystery ahead).

Starfish is a great piece of work that is also not for everyone. It’s a slow paced, hypnotically tranquil, lucid presentation playing against a rather stellar sound track of original tunes. (For the record, the bluray releases also include the soundtrack if you find yourself becoming a gotta have it all “Starfish” fan.) It’s a bit of horror but mostly dramatic science fiction that is purely designed to keep you asking the question, “ok, so where is this story going?”.

Director A.T. White set out to make a film that isn’t a paint by numbers presentation. It’s in the spirit of true science fiction while wrapping itself into a mystery/horror story. When I first heard about this film, I was intrigued, but took a bit longer to get to it due to its slower paced rhythm. I want to recommend it as a cutting edge piece to check out, but under the condition that you are rested and willing to go for the ride.

Films strike people in different ways. Starfish is one such film that will split viewers down the middle despite its cool inclusion of creepy creatures lurking in the background. Starfish has an inherited coolness that works perfectly with Virginia Gardner’s performance. A striking actress, Gardner hits it on the head with a combination of emotional levels played out over the drollness surreal setting laid before her.

The blu ray is chock full of extras in addition to the music CD which comes with the package. If strange and different is up your alley, then Starfish is perfect for your needs….. Check it out!