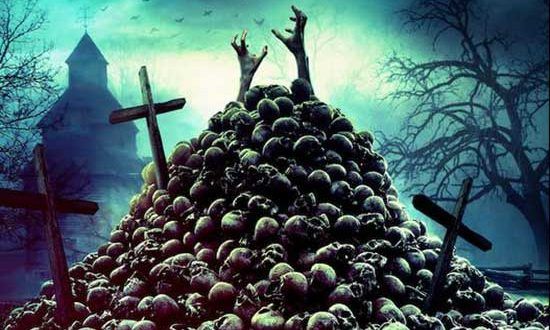 A survivor of the Jonestown massacre returns to the site 10 years later and discovers the cult’s former home has become a breeding ground for the supernatural.

This one was especially sickening, it was a solid a 1/10 with me. The inspiration for the film, Jim Jones, was a selfish individual whose words held no lasting wisdom or value in my opinion. The question arises for me, why the hell do we need a horror movie about this? After watching it twice, I can say it has an interesting lead female character but other than that, this movie had no value at all for me for entertainment, history, or motion picture value.

Jim Jones was the leader of a cult that manipulated his flock to drink poison Kool-aid and “go to heaven.” I’m not well-versed in the history of mass cult suicides but there are probably many others. I find the acts of Jones repulsive. This is not a “horror” movie by any definition of the genre. Sometimes the lead character adds value and interest but rarely and by the end, if you can make it that far, I was left empty, un-entertained, and regretting the 2+ hours I had to spend suffering through this film. Still, it’s my job to review these films so here I am sharing what I got from it. As I have shared, I didn’t get much at all from this film. Come with me, where readers fear to tread, as I recollect some of the best and worst parts of this film.

First, I’ll attempt unraveling the “survivor” of the mass suicide, Annette played by Andromeda Godfrey. She attends sermons in Jonestown 10 years later. She weaves in and out talking with people as if the situation is a normal acceptable concept. She is pretty, which helps the eyes but her script and side-plot is unacceptable to me as a “horror movie.” I guess I’m a bit flared about the film because it assumes this content is “scary.” This is first evidenced in the title “The Jonestown Haunting.” I’ve seen films that go this way: murdered ghosts are languishing where they were killed, wanting to be set free. Sorry, but that’s just dumb on so many levels. Godfrey’s eyes are large and lovely but the question hangs in the supernatural air: Why the hell did such a pretty and well-acting person accept this job?

I want to take a quick look at the director of this awful film. I know some of you out there may have a different opinion than me, maybe you should see it first before you scold my review as rushing to judgement. IMDB currently gives an average user rating of 2/10. Andrew Jones did the horror film “Robert.” That one was almost bearable, certainly better than this unwitting journey into repulsive Jonestown. I am not afraid of supernatural beings that were tricked into suicide. As they say South of the border “No Gracias.” I’ll go a step further and say I have not enjoyed movies of late that mix grief and deep sadness with horror frontage. Independent directors can be breakthrough artists. I don’t mean to assault Andrew Jones’ work but seriously, this is so boring and so bad. You can miss this one, especially you horror fans.

In conclusion, please make a mental note in your memory that I love and respect independent films. They can be amazing. One example is “The Alchemist Cookbook.” In that film a guy tries to summon supernatural assistance and it messes him up big time. There are no spooky connotations to the souls of duped cult members coming from the grave. I can’t really think of one redeeming quality in this film. Maybe Andrew should make a documentary? Hard to say what his goals are as a director. This one misses in my opinion, if you have a different opinion, my apologies and I would love to discuss it with you in the comments. I hope the next film I watch and review will be much better than this one. Why is this called horror?