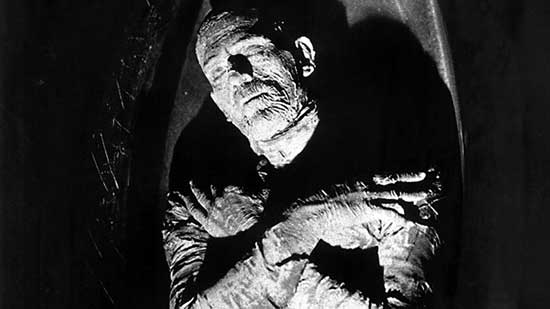 A recent Reddit thread provided food for thought in the way that is so typical of the channel. The user asked for recommendations of horror movies set in Ancient Egypt. Now, on the face of it, you would think this must be well-trodden ground in the genre. Ancient rituals, curses, sinister figures meting out cruel and unusual punishments, all against a background of that unique architecture that still sends a shiver down the spine today.

Surprisingly, however, fellow users struggled to come up with much in the way of ideas. There are books aplenty, and even the world of online gaming has the Ancient Egypt-themed Book of Ra series, featuring the archetypal adventurer character Rich Wilde. So we have taken up the challenge, and cpme up with three horror flicks from across the decades with an Ancient Egypt setting that are worth seeking out.

The dozen or more Mummy-themed movies out there are, of course, the exception that proves the rule. Only most of these are primarily set in the present day. Nevertheless, it would be remiss to exclude them completely from any discussion of horror in Ancient Egypt, and for us there is only one choice.

Forget Tom Cruise’s posturing in 2017, if you want to see how it’s done and get some genuine scares, the original is best. There is far more going on here than screams, terror and a 4,000 year old reanimated body. The love between Imhotep and Ankh-es-en-Amon is all too plain to see, and there is as much horror in their fate as that of the poor unfortunates who get in their way.

10 years before Elizabeth Taylor and Richard Burton chewed up the lavish scenery in Cleopatra, this William Castle creation told the same story from a very different angle. The movie was clearly shot on a shoestring budget, but the storytelling draws you in straight away and Rhonda Fleming’s depiction of girl power 2,000 years ago is genuinely chilling.

The movie is also notable for showing Julie Newmar in one of her earliest roles. Here, she is coated in gold paint, a decade before Shirley Eaton brought us one of the most famous James Bond deaths ever in similar style.

Here’s an interesting addition to the canon that blends horror, action and fantasy as it explores the rich pickings offered up by Egyptian mythology. The film opens with reigning king Osiris being murdered and his son Horus having his eyes gouged out, all at the hands of Osiris’s jealous brother, Set.

Enter a mortal by the name of Bek, who finds the eyes of Horus and offers to reunite them with their exiled owner if he agrees to bring his lost love back from the dead. The movie was a box office disaster, but don’t be put off by that. There is a lot to like here, and Gods of Egypt will keep you entertained and revolted in equal measure.