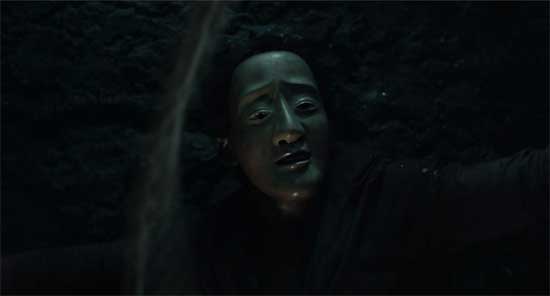 BAFTA nominee Jonathan Glazer’s topical short The Fall shares a story which relates to the rise of hate we are seeing all over the world, one that threatens to throw us back into horrors that we expected never to see again. The Fall was originally commissioned by the BBC, then curated on MUBI and will be released Itunes, Amazon, Univerciné, Vimeo On Demand and many more on July 15th.

Inspired by ‘The Sleep of Reason Produces Monsters’, an etching by Francisco Goya, THE FALL is a powerful short film which invites its audience to project their preoccupations and interpretations.

An acclaimed director of feature films and commercials, Jonathan Glazer first found fame for his revolutionary work on Radiohead’s Street Spirit and Jamiroquai’s multi-MTV award winning Virtual Insanity video. His 1999 ground-breaking Guinness advert Surfer picked up 2 D&AD Black Pencils, a Gold at Cannes and still tops many lists as one of the best commercials of all time. In 2000, Jonathan directed Sexy Beast which was nominated for Best British Film by BAFTA. This was followed four years later with Birth, staring Nicole Kidman and Lauren Bacall. His 2014 film, Under The Skin stars Scarlett Johansson and is an adaptation of Michel Faber’s 2000 novel of the same name. Under The Skin received two BAFTA nominations and won critical acclaim as a ‘landmark in filmmaking’, recently coming fourth in The Guardian’s 100 greatest films of the twenty-first century.

The Fall was produced by Bugs Hartley and Ash Lockmun (Academy Films) and BBC Films. The film is represented by Salaud Morisset and the stunning cinematography was created by Tom Debenham.