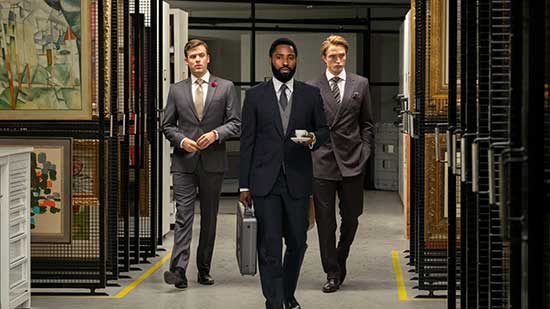 The beginning of 2020 is not so bright for moviegoers since the pandemic has postponed the release of many movies. Some people had to find another activity to get entertained, be it new outdoor sports or playing games with Best Online Casino Bonuses. In spite of this, video streaming platforms have already started premiering some of the long-awaited films and some countries have mitigated measures and now allow cinemas to operate. So, the moviegoers can start enjoying some new releases now.

From long-awaited sequels to fresh adaptations and some originals, 2020 has a lot of potentials. Additionally, with better premium streamers, you will get excellent movie experience with extreme fun.

If you are a hard-core fan of the Fast and Furious, then get ready to enjoy its ninth installment this year. The Invisible Man is another original title brought to you by Blumhouse. Disney’s Mulan is a live-action iteration from its animated library, which is something alluring. Comedy genre movie Free Guy is all set to make you laugh in 2020 with its shaggy-dog story.

Here is a list of most expected movies in 2020. Let’s get through it:

Tenet is one of 2020’s biggest releases hitting the market in September. It is a sci-fi action film written and directed by Christopher Nolan. Nolan, together with Studio Warner Bros. Pictures, is producing this film with a massive budget of $205 million.

John David Washington takes the role of a protagonist in the movie, who fights for the entire world. His journey starts as a CIA agent with an undercover operation at a Kyiv opera house. The complete plot revolves around his struggle to save humanity and time inversion. From the trailer, it seems that the film is a combination of complex storytelling and visual spectacles.

The movie is expected to be a big release attracting a huge number of moviegoers.

Hola! A long-awaited sequel of James Bond is back with all-new thrill and action. This time power-pack action involves modern technology that makes it even more entertaining. The movie showcases Daniel Craig for the last time as a famous British spy James Bond. This time mission is to get off the hook a kidnapped scientist that is followed by an enigmatic villain loaded with dangerous modern technology.

The movie is directed by Cary Joji Fukunaga, a veteran detective director. It was about to be released in April 2020, but due to the pandemic, its release has been postponed to November 2020. This 25th movie in the series is expected to offer the same entertainment value as was held out by the previous movies of the series.

Walt Disney Pictures has brought another action drama with Mulan. It is adapted from The Ballad of Mulan, an animated film based on Chinese folklore. It showcases Yifei Liu in the leading role together with Tzi Ma, Donnie Yen. Jason Scott Lee, Ron Yuan, Yoson An, Jet Li, and Gong Li are in supporting roles.

Director Niki Caro has amazingly delivered this action drama depicting the journey of Mulan from being a daughter to an honoured warrior to taking the place of her ailing father who serves in the Imperial army. This story shows how she disguised as a man and was tested at every step. The film is already available at some streaming platforms.

A female superhero film is all set to burn the stage in 2020. Its story is based on Marvel Comics character Black Widow which is intended to be the 24th film in MCU (Marvel Cinematic Universe). Scarlett Johansson stars as Natasha Romanoff alongside David Harbour, Florence Pugh, O T Fagbenie, Ray Winstone, William Hurt, and Rachel Weisz.

Black Widow is an extension of Captain America: Civil War, released in 2016 that revolves around Black Widow and her Russian past.

Denis Villeneuve has thrown light on one of the greatest sci-fi chronicles with his adaptation of Frank Herbert’s 1965 novel. It was previously attempted by David Lynch, who failed because of a shortage of money. Now, Villeneuve has presented this with an impressive cast, including Timothee Chalamet as Paul Atreides along with Oscar Issac, Josh Brolin, Zendaya, and Javier Bardem.

This is a story of Paul Atreides, who is a gifted young man from a noble family. He and his family moved to a desert planet, Arrakis, where an exclusive source “the spice” is located. On a mission, they will have to overcome different obstacles and defeat their enemies.

Wonder Woman 1984 is another superwoman film that is about to unveil in 2020. This film is a follow-up of 2017’s Wonder Woman that has successfully caught on with $821 million. Its sequel is also expected to break the records.

Gal Gadot playing Amazon’s Diana princess, Wonder Woman, fights with Cheetah, enacted by Kristen Wiig and media tycoon Maxwell Lord played by Pedro Pascal. Both are the greatest enemies of Wonder Woman, and this combat creates a nice adventure in a film showcasing the strength and agility of the lady against villains.

One more sci-fi film to hit theatres this year is Bloodshot. The film revolves around a man who was killed together with his wife. Using nanotechnology, a team of scientists resurrected him and made him a biotic killing machine. Later, he takes revenge for his and his wife’s murder.

Vin Diesel has played the leading role and seemed to be justifying character in the trailers. Directed by David Wilson, this is one of the most-awaited movies of 2020.

Issa Rae, as Mae lost her mother and found the secret of her past revealed from a photograph hidden in a safe-deposit box. During this, she unexpectedly falls in love with a rising journalist who was appointed to write a story about her mother. This romantic movie will definitely appeal to the fans of this genre.

This is not the end, but 2020 has brought a lot more with it. Action, drama, science fiction, romance, sequels, adaptations, and many more, this year is going to be entertaining despite everything.

NEON will release POSSESSOR: UNCUT in theaters October 2nd, 2020
Trump vs. Biden Presidential Debates: When, Where, and How to Watch
9 Top Influencers You Should Follow in 2020
11 Biggest Jaw-Droppers From the 2020 Emmys–Aside From the Fact the Show Happened At All
Emmys 2020: How to Watch, Who’s Nominated, Celebrity Guests, and More