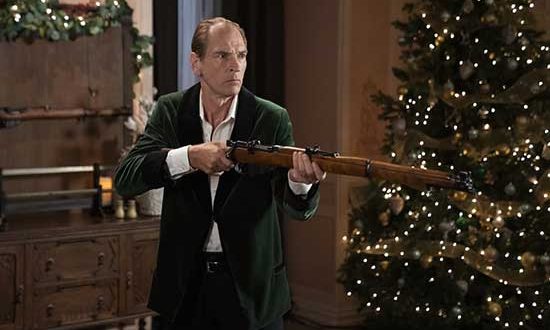 A NASTY PIECE OF WORK

‘Tis the season for the NEW TRAILER for Into the Dark’s Christmas episode, A Nasty Piece of Work! In the horror series’ newest installment, a businessman is invited to his boss’s holiday party where he is forced to participate in a terrifying competition in order to climb the corporate ladder.

INTO THE DARK: A NASTY PIECE OF WORK

Synopsis: A mid-level employee at a large company finds out he’s not getting the Christmas bonus or promotion he was expecting. But then his boss invites him over for dinner with a proposal for how he can climb the corporate ladder… by beating his professional rival in a violent competition.

INTO THE DARK | Year-round Event Series

Series Description: In partnership with Blumhouse Television, Into The Dark is a monthly horror event series from prolific, award-winning producer, Jason Blum’s independent TV studio. Each feature-length installment is inspired by a holiday and features Blumhouse’s signature genre/thriller spin on the story