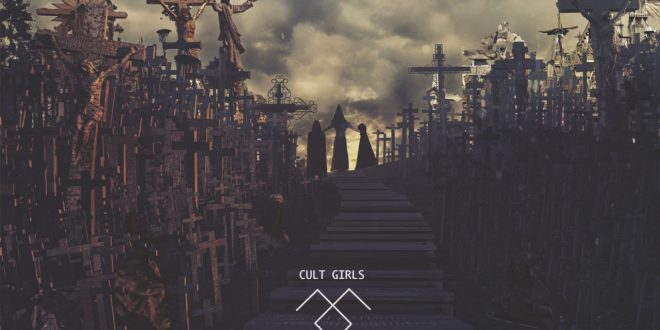 The second feature film by the director Mark Bakaitis uses the elements of folk horror in creating a complex narrative and visual collage. The plot draws its inspiration from the authors native Lithuania and its rich pagan history, that long has repelled the attempts of Christianisation, as well as from the influence of the occult groups, present in modern day societies. These elements are combined with the visual aesthetics of the Black- and Gothic Metal music videos and the underground films, in which the limits in the production have been turned into specific aesthetic characteristic.

On the structural level the film introduces a number of different elements: the visual language features different styles, raging from the aesthetics of the TV films and music videos to precise camera language of the cinema. The decision to incorporate different visual levels might come from the wish to pull the focus from the narrative in favor of a dream like atmosphere, where realities, past and present intertwine, and dream like state is being established. The connection between the scenes would rely more on the associative and atmospheric-, rather than consequential principle of the classical narrative. The dream like sequences have the most compact form, camerawork and imagery in the film and the sound create a vivid backdrop that easily absorbs the consciousness and attention of the viewer.

The problem occurs with the transitions between diverse visuals, so different in style, rhythm and established levels of reality. These transitions are not smooth, nor they are supported by the editing, therefore the viewer encounters constant obstacles that prevent him to stay immersed into the reality established in the film. This might be on purpose: the viewer experiences harsh awakenings, like after a trance or a hallucination. The dream like reality is abruptly interrupted and we are forced back to a wake state. Yet these changes occur more often, even between the scenes that are not suggesting specific mind state. Changes in the visual quality acquire the disruptive role and prevention of the continuous engagement of the viewer point into direction of the very nature of the medium. This way the film demands the active engagement of the viewer from the beginning till the very end. Its demanding structure is dedicated first and foremost to the fans of the genre, who will appreciate it for its specific aesthetic and genre related qualities and care less about the successful narrative flow that would allow deeper immersion into its reality.

By constantly preventing us from developing empathically connections and reminding us of the nature of the medium we watch, the film puts us into position where we have either to accept or refuse to follow what is happening on the screen. This has an interesting outcome relating to its subject: we are allowed only to stay an observer of the story, distanced from its nightmarish happenings. The same distance is not allowed to the protagonists of the film, entangled into the web of mysterious deadly cult, which dose their children with drugs and sacrifice them during its ritual. Also not in the real life: by deciding to accept its doctrine, the follower of the cult turns the blind eye to the critical distancing and intuition, sinking deeper and deeper into its whirlpool. Meanwhile Cult Girls remains obviously what it is – a fiction. It unfolds in the manner of one and a half hour long music video, that let us enjoy its rich imagery, playfulness and atmosphere, while letting us retain critical distance to its disturbing subject.