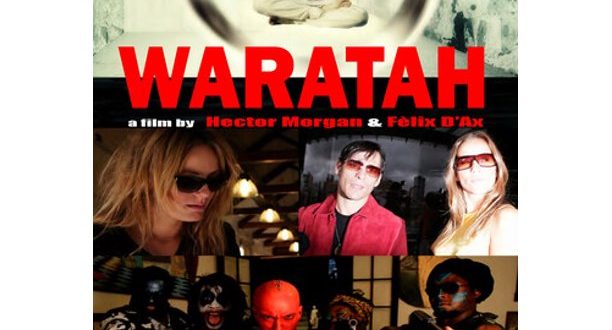 WARATAH is coming to DVD and VOD on November 16th 2020 courtesy of Bayview Entertainment. Watch the official trailer and experience the craziness!

Synopsis:
An exciting, terrifying, and humorous psycho-thriller about two opposite characters: Paul Craven, an ambitious actor fighting to make his way towards stardom and Had Swift, an eccentric autistic and albino with exceptional mental powers, who lives isolated locked up in a mental hospital. The connection between them is a sweet and innocent Trey Swift, girlfriend of the first and stepsister of the second, who sacrifices herself with unconditional love.

About BayView Entertainment
BayView Entertainment, LLC, is a full service media company committed to acquire, develop, produce, market and distribute audio-visual content. For over fifteen years, BayView made its name by being dedicated to releasing only the best programs in each category from some of the most trusted names in the field.

BayView’s disc programming can be found throughout the country at all online suppliers plus fine brick & mortar retailers, as well as streaming/video on demand at all major digital retailers and platforms.