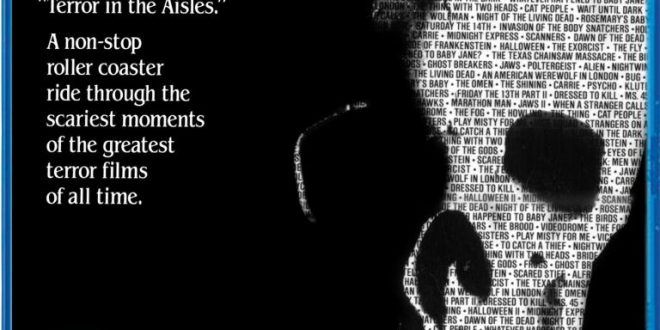 When Rick Rosenthal’s Halloween II (1981) was released on Blu-ray by Universal Home Video in 2011 for its 30th Anniversary, it included a welcome and unexpected extra – a presentation of Andrew J. Kuehn’s 1984 thrill ride Terror in the Aisles, a sort-of-documentary which contained the scary parts from well-known horror films. Released in movie theaters the same day as James Cameron’s The Terminator, Terror in the Aisles features comments from Donald Pleasance(!) and Nancy Allen. It was a fun way of seeing clips from my favorite horror films. Released on VHS, CED and Laserdisc in 1985 and on DVD in 2012, the film is known among horror aficionados, but is practically never discussed for some reason. Perhaps it has just been forgotten! That is not stopping Scream Factory, however, from releasing the film in a stand-along Blu-ray in October 2020 with soon-to-be-announced extras. I was lucky enough to see the film in a theater and I look forward to this release.