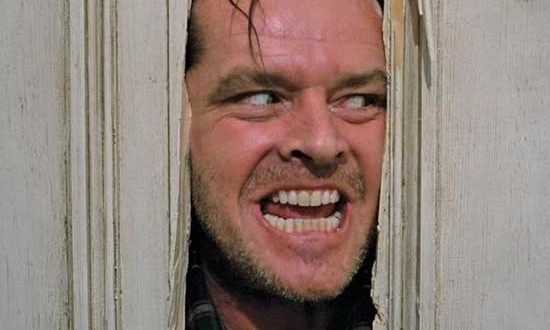 Halloween might have passed for another year, but the horror genre is big business, all year round.

Fright fans do not have to wait for October 31st before their genre hits the mainstream – films and media are depicting terror, fear and suspense all of the time. Forbes explains how the horror movie genre generates around $1bn every year, with around a 7.5% market share across the movie industry. That is a sizeable chunk, proving that fear really is big business.

It is not just the film industry in which we see horror thriving; gaming is seeing a resurgence in horror, too. Games such as Silent Hill and Resident Evil may have been frontrunners on consoles, but today’s mobile devices and home entertainment systems are far better equipped to deliver games intended to frighten or to play on the imagery regular seen in the movies. Foxy Bingo hosts a collection of titles dedicated to the horror genre, such as Web of Wins and Halloween Fortune III, proving that even the general themes are enough to support games, whilst titles such as Friday The 13th put the player in control of the antagonist, as well as the protagonist. Whether it is werewolves, zombies, or the unknown, the horror genre is here to stay.

Before all the games, all the special effects and the franchises, there were genuinely scary horror movies probably seen by generations on VHS videotapes. These are films which have had to stand the test of time, and that have done so comfortably. Even though October 31st has been and gone, horror fans should add any of these films to the checklist if they have not already seen them.

Don’t Look Now is a masterpiece of cinematic horror, using genuine fear and intricate emotion to build the suspense and terror. Donald Sutherland is tremendous as John, with Julie Christie playing his wife Laura. They are haunted by mysterious events after the loss of their young daughter and look to escape it by moving to Venice, where they meet two elderly sisters, one a psychic with a message from beyond. Utterly compelling, equally as terrifying.

The Texas Chainsaw Massacre was banned in many countries for the level of violence it depicted which was unheard of in the mid-seventies. Since then, it has garnered a reputation as a cult classic and is perhaps one of the forerunners of the hack and slash genre. It is tame by today’s standards, certainly for anyone who has seen the Saw franchise, but it takes its place at the head of the table in terms of originality and genuine shock value. Even today, the film is controversial, almost half a century after release.

Whilst horror films do regularly create characters that go beyond the film, such as Freddy Krueger and Jason Vorhees, few retain the fear they first induced after gimmicky sequels and spin-offs. Michael Myers, the antagonist in this dark 1978 effort, has not gone on to be a garish caricature of his original self. Instead, he remains as fearsome as ever, thanks to John Carpenter’s excellent direction. Jamie Lee Curtis and Donald Pleasence help to cement the film’s legendary status as a defining moment for the slasher genre, with a slow-burning plot that mixed the outlandish horror of Texas Chainsaw Massacre with the implied horror of something more akin to Hitchcock. The score, also by Carpenter, became instantly recognizable too, even to this day.

The Shining is not a traditional horror, but it is based on a story from a traditional horror writer in Stephen King. Jack Nicholson is simply breathtaking as Jack Torrance and somehow the film’s normality mixes with its sharp, jarring moments of fear to produce an experience that is to be endured and worked upon, rather than constant jumps. The setting is odd too, The Overlook Motel does not make any sense, with grandiose ballrooms and the like which simply should not fit in. Nonetheless, it adds up to a captivating example of how horror does not have to be bogeymen, blood and almost incessant eye-closing moments.