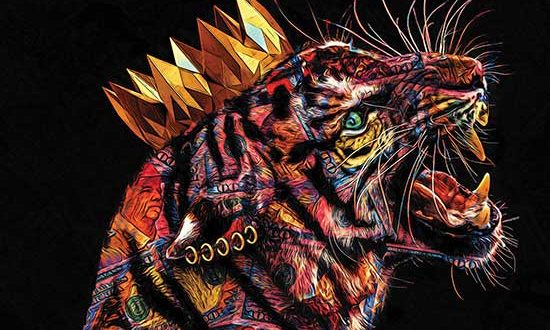 The 24-page comic book flip-book biography was written by Michael Frizell and drawn by Joe Paradise with colors by Pablo Martinena.  Attached is a first look at the four pages as well as new variant covers.

Please feel free to use the cover images and credit TidalWave Productions.

The comic book will be available in both print and digital with two collectible covers by Joe Paradise and Jesse Johnson.  There also are variant covers from Third Eye Comics by Image Comics artist Kagan McLeod, eBay by famed artist Joe Phillips.  Unknown Comics will also be doing some variants including sketch covers.

“Infamous: Tiger King”: Right now the world needs a distraction. Perhaps that’s why we are collectively riveted to Netflix’s “Tiger King.” A murder mystery resembling an episode of newsmagazine “Dateline,” “Tiger King” introduced the world to the flamboyant Joe Exotic, a former magician, country singer and zookeeper with a troubled past. Joe currently sits in jail for planning to murder his rival, Big Cat Rescue owner and animal rights activist Carole Baskin, who he accuses of killing her husband and feeding him to her tigers. Truth is indeed stranger than fiction in this origin story of both Joe and Carole in a flipbook.

The comic book will also include a page about the treatment of animals from written by PETA Foundation Director of Captive Animal Law Enforcement Brittany Peet, who was also in the Netflix documentary.

The biography comic format allows TidalWave writers to delve into the history of newsworthy figures and explore what shaped them. Several media outlets, including CNN, FOX News, TMZ, Time and People magazines, have featured the company’s line of biographical comic books.

Print copies of the books are available for preorder on Amazon. Retailers can order the books thru TidalWave Productions distribution channel Ingram.

Digital versions will be available from iTunes, Kindle, Nook, ComiXology, Kobo and wherever e-books are sold.

Interview opportunities are available upon request.

For more information about the company, visit www.tidalwavecomics.com