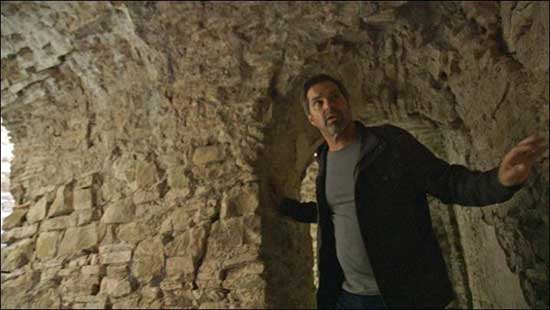 On an All-New Episode of ‘The Holzer Files,’ the Team Discovers Grisly Truths Inside a Historic Staten Island, New York, Museum with Ties to the Revolutionary War

Don Wildman uncovers dark and twisted tales of the paranormal from all around the world. Using his thirst for adventure and his love of storytelling, Wildman reveals the supernatural is all around us – if you know who to talk to and where to look. [Hour-long episodes]

Don Wildman explores terrifying tales of scorned women seeking vengeance from the other side, including a woman accused of seducing her husbands with witchcraft and an Inca princess who guards her family’s treasure with a deadly curse.

MOST TERRIFYING WITH JASON HAWES

Is Elvis still alive? Has extraterrestrial life really visited Earth? Is it possible that some people see religious statues move or bear the crucifixion wounds of Jesus? Experts and eyewitnesses explore some of the most extraordinary happenings in recent history that science can’t explain. [Hour-long episodes]

Experts investigate if a mysterious caller had inside knowledge of JFK’s assassination and explore the mysterious world of psychics.

Experts investigate centuries-old paintings of UFOs and search for the truth behind sightings of religious apparitions around the globe.

Hans Holzer had a lifelong obsession with Rockland County, New York, the site of his first case. Half a century later, the team attempts to decode the region’s rampant paranormal activity. Does it stem from a revolutionary past or something far more sinister?

Hans Holzer believed a grisly murder haunted Staten Island’s Conference House, where in 1776, a last-minute meeting failed to stop the American Revolution. But when the team returns, they’re led to the water’s edge where a terrible truth awaits.

Buckle up for another fright-fueled season of “Destination Fear” – a haunted road trip turned terrifying sleepover. Brother and sister duo, Dakota Laden and Chelsea Laden, and best friend Tanner Wiseman, along with camera operator Alex Schroeder, confront their fears once again, as they pile into their RV and hit the road on a nail-biting cross-country journey to pursue paranormal evidence, spending the night inside America’s most haunted abandoned buildings. Lured by the unknown and with a greater understanding of fear, the crew explores a whole new set of abandoned locations with grim histories – only this time the destinations remain a surprise, not just to Chelsea and Tanner, but to Dakota as well, as they each take turns picking a haunted hot spot, challenging each other in unique ways. [Hour-long episodes]

The team heads to West Virginia to explore the most haunted asylum in America. Dakota Laden has doubts about their ability to combat the bloodthirsty souls lurking in the shadows of the cursed property, but Tanner Wiseman believes they are up for the challenge!

Some of the most amazing, eye-opening and downright scary paranormal videos from around the world are featured as a panel of experts breaks down the footage and analyzes what exactly the eyewitnesses captured. Insights from some of the most knowledgeable specialists in the field and firsthand accounts from the people lucky enough – or perhaps unlucky enough – to witness these strange phenomena for themselves just might make a believer of even the biggest skeptics out there. [Hour-long episodes]

A murderous spirit toys with a paranormal investigator trapped in a closet. A shadow figure makes itself at home in Chile. A dead man waves at his family members through his coffin window.

A shadowy entity roams the halls of an abandoned South Dakota high school. An evening stroll with the family pooch turns into an extraterrestrial encounter. Blood-curdling screams rain from the skies during a Texas thunderstorm.