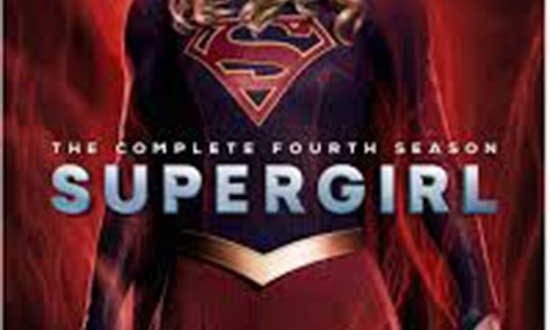 Supergirl hits season 4 running strong with focal character Kara Zor-El at its core. First premiering on CW, this Warner Brothers release continues the ongoing drama of our alien superhero who has her fill with bad guys, villains, and haters wanting to see the world crumble. Set in what is referred to as the Arrowverse, the TV series stars actor Melissa Benoist in the lead role of Supergirl. The series contains 22 episodes covering the life, loves, and fights of Zor-el who dons the life of a reporter by day and super hero whenever its needed. Those who follow the CW universe know that supergirl runs parallel in the same universe as the CW character “The Flash” and Arrow.

Season 4 is actually my fist season exposure to this gal and her cohorts, though as with every season, it is designed to pickup and run its own course providing more than enough details to get viewers off to a season start.

Working for the D.E.O (Department of Extra normal Operations) Supergirl is loving life as she saves the day for countless citizens in need and still manages to keep a day job. Meanwhile local “aliens” are concerned that society is coming down them and their race forcing them to use a 4rd party device that hides many of their most obvious features. Though trouble is certainly brewing as the lady president played by Lynda Carter as Olivia Marsdin is attacked and exposed in the video as an alien herself. We are introduced to a masked vigilante calling himself the “agent of liberty” who appears to be up to no good.

As the season evolves it is clear that the alien race is under scrutiny leading to revolts and a shift in perception. Kryptonite, supergirl’s weakness enters into the atmosphere, however she is able to work her way thru it per a special prototype armor designed filter that most lethal to her. This struggle becomes a season mainstay for supergirl who has to battle past this handicapping agent that has entered Earth’s atmosphere.

The alien anti-sentiment grows as a new group who call themselves the “Children of Liberty” patrol the street with intent to attack any aliens they come into contact with. To aid in this quest they employ the use of an alien hunting dog.

Those who follow the series “The Flash” are accustomed to odd things entering into the universe of these heroes. This season is no exception as CW crossovers occur pulling in the phenomena of alternate Earths (so apparent in Flash, Barry Allen’s storyline).

More drama ensues with supergirl falling to a coma, a parasite alien snake called the Menagerie, the Fortress of Solitude coming into play and several other season circumstances pushes the dramatics forward. With 22 episodes, you can bet that there is alot of plot changes and subplots moving forward further shaping the supergirl franchise.

Supergirl series follows in the footsteps of its other CW counterparts deepening the stories per dramatic situations and personal conflicts,

As expected, thrills and action are kept high this season bring out a few favorites characters along the way. Melissa Benoist who is now completely comfortable with her Supergirl persona nails another seasons offering fans of the superman universe a hearty look into her daily world and challenges.