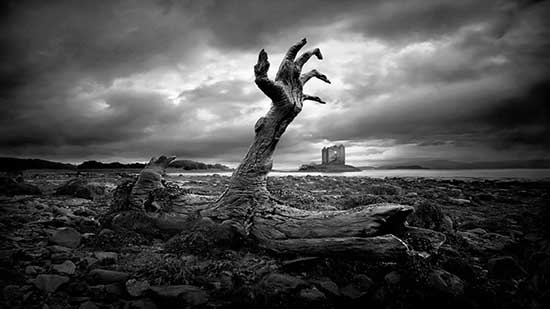 Some of us enjoy watching horror. We can’t wait for the excitement to get scared. We are the first that will go on a new movie release, and we have collections from the early days of horror, the masterpieces that created the genre. Of course, we entertain ourselves with other things as well, like playing in an online casino. We can play with amazing slots like Blood Lust, Wild Blood II and Blood Suckers and win so much money and have fun at the same time. Other people can’t stand watching horror movies, and they even change room, close their ears, and cover their eyes. What is it that makes us watch it, love it, and ask for more?

According to a study of the Journal of Media Psychology , people enjoy getting scared and were entertained when they were watching violence since the old times. The Romans used the Colosseum to see men fighting each other to death or watch lions eat other people. These days we observe the phenomenon of the “Saw” franchise that cost one million and had earned more than 100M. Stephen King says that the reason horror films are so popular is because it is a relatively safe way of feeding that insanity.

The experience of a horror movie is filled with so many emotions that the audience wants more. The graphic designs, the music all sets up to trigger the adrenalin in the viewer to the pick of the action, and then, in the end, the relief and joy that the protagonist survived. Some people also like the jump scares and the way their body reacts to fear. Heart rate rises, they sweat, and their muscles tense. That type of excitement possibly doesn’t exist in their everyday life, so they seek the thrill in the movies.

Some of us also enjoy watching horror movies with our partners. According to Dr. Arthur Aron, when we experience the emotion of fear, we feel vulnerable, and that subconsciously creates a bond and sometimes attraction between two people. A bit of common advice when dating is to watch a scary movie together.

If you think we don’t like the same things and some people don’t like amusement parks and rollercoasters while others love it. The ones who love it want a lot of stimulation in their environment; these are the ones who will probably like horror movies. Also, it is proven that men are more likely to watch a scary film. The reason is that men want to overpower the threat and feel good because they are strong enough and they didn’t let it bother them. That’s why they like to watch them with women so they can feel they protect them.

Of course, there are some people that to take their minds off their problems and their own life they enjoy watching horrific situations that affect other people.

In conclusion, there are so many reasons why we like to watch them. We are sure that you agree with most of them or maybe all of them.